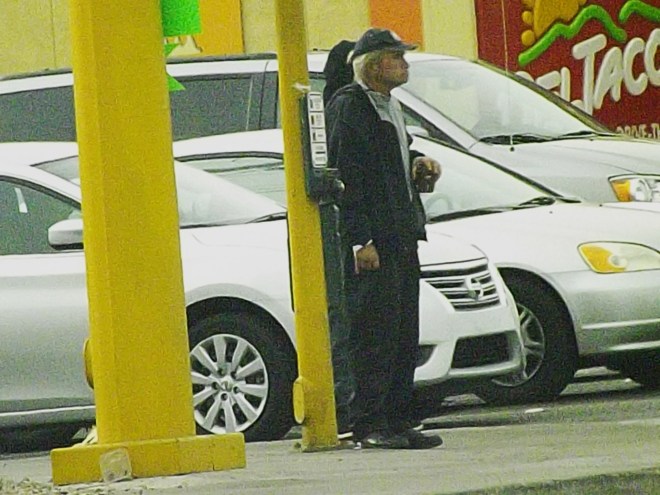 You look over to your right across the morning haze of heavily conditioned and scented Vegas air ignoring the hints of artificial coconut and industrial cleaner, stale cigarette smoke and cheap perfume that always hang in the Vegas air and spot a faded black T shirt with the once rebellious Moniker Misfits. 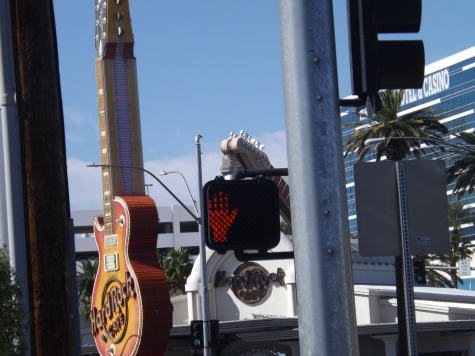 The Misfits were a Punk Rock band that formed in 1977 as a dark Gothic Rock worshiping cult band from new Jersey. You look up and the face of the man wearing the shirt and you see a surprise ..a rotund gentleman with a brushy gray mustache, bald head and surprisingly quiet demeanor.
Perhaps he is a culture warrior of days gone by brought down by age and appetite. Perhaps he borrowed the shirt from a friend or Offspring (pun intended) to remind himself of his glory days.

The aging rebel notices you out of the corner of his eye and steels himself to react. He shuffles his feet prepares for action _ arches his back and then burps..Shrugs a little perhaps realizing you see his Misfits shirt and was reminded of the decade you both lived thru and don’t miss in the least.

Whatever the case The Misfits fan sat down with a friend in his truck drivers cap short sleeved flannel and unbuttoned so you could his Misfits T. “I was to a rebel and I was young once he seemed to say turning back to his breakfast and the friend who had come back from the casino to join his pudgy gray haired friend. 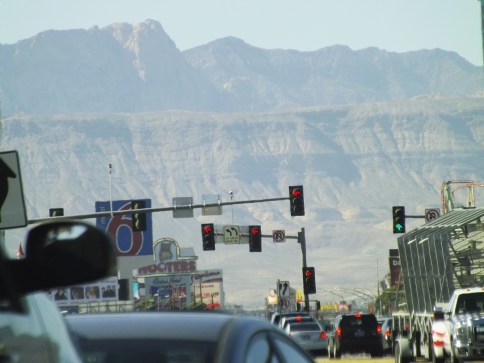 Vegas is where the spirit lives on long after the body and mind are to tired to rebel against or indulge in anything ..in the City of Sin your inner drama queen can at least stay awake and show its head now and then. Just ask the man who walked across a local casino in his John Wayne outfit ..ten gallon hat and all. Never mind that “The Duke” went to the great beyond in 1977 or that he was at least 4 inches shorter than old Johnnie was doesn’t matter, near him walked a cowboy and a gunfighter and a few others who wore their inner drama queen like a badge of honor.

Photo posing season is just around the corner as temperatures in the desert begin to rise. Soon tall yellow Big Birds and brightly colored anthropomorphic robots and hello Kitties and a host of other imaginary characters will don their costumes and entice people to pose for pictures with them in return for a modest monetary recompense ( a tip).

Everyone wears a costume of some sort. We all indulge in social uniforms and camouflage. We all dress like something we want to be perceived as or not perceived as. We also all maintain a part of ourselves something we chose to be ..at the corners of our identity. Something that gets us through the day and sometimes gets us a tip.

The City of Sin is here to stay

Life in the City of Sin The Weirdest place on earth 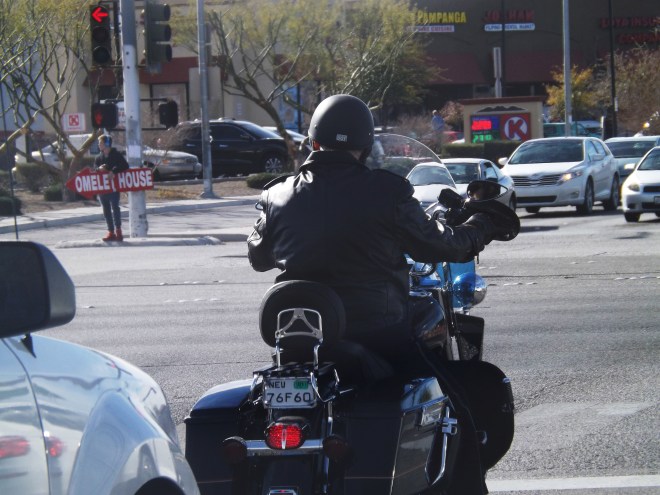 This is a Las Vegas intersection. At any given time you could see a sign holder, a crazy person and people on their way to work _ Royal Hopper

Starchild returns to the City of Sin

I saw a woman (I call such people Starchild after my late mother in law) with her eyes closed leaning into the wind chanting to herself _ not caring who was watching. The city ignored her the way it usually does. When she was done chanting she opened her eyes and looked around at the traffic around her _ at the commuters who entranced in their daily commute to the clock punching routines they used to pay their bills and buy insurance barely noticed her antics and if they did _ didn’t notice or simply do what city dwellers do in these situations _ turn up their stereos and look the other way. 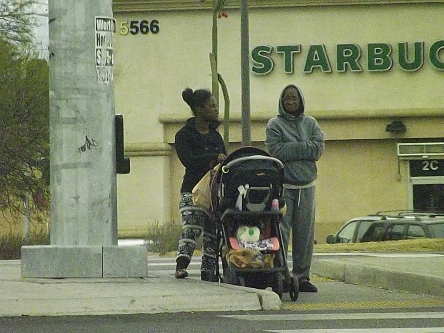 This is a Las Vegas intersection. At any given time you could see a sign holder, a crazy person and people on their way to work. People here spend a lot of time waiting at such places _ Royal Hopper

There is a tradition in the City of Sin that has taken hold in recent years. Generally it means people are less private about the weirdness that makes them who they are.

Just down the road from this week’s Starchild and a day later a man keeps a look out for his friends staring daggers at passersby as he takes drags on his cigarette smoking it with an intensity hard to describe to us nonsmokers unless you see it. He has thousand yard stare more appropriate to a war zone than playing over-watch for two homeless guys eating dinner. His buddies are calm and don’t seem worried about their purloined repast but wild eyed guy as we shall call him continued to keep a look out crouching _ ready for action as the city bus passed him by. He was ready for anything even if anything didn’t give a rat gluts about his existence. 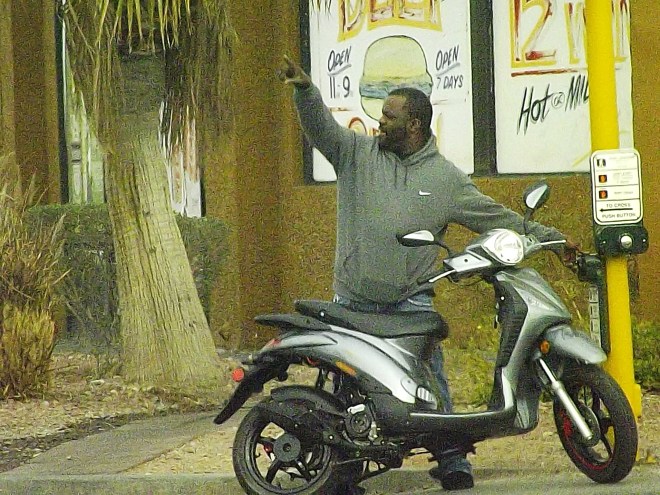 Hey yo _ photo by Royal Hopper

There was a convention of teachers in town this week.

This week in Las Vegas people got naked, people got drunk, people made and lost millions. Some gathered in this the Center of corporative decadence to meet colleagues and do business surrounded by temptation. Some people were conceived some saw their final curtain. Some rose to the occasion and some were brought down forever.
In other words it was an ordinary week in the City of Sin..brothers and sisters except that it rained a little. 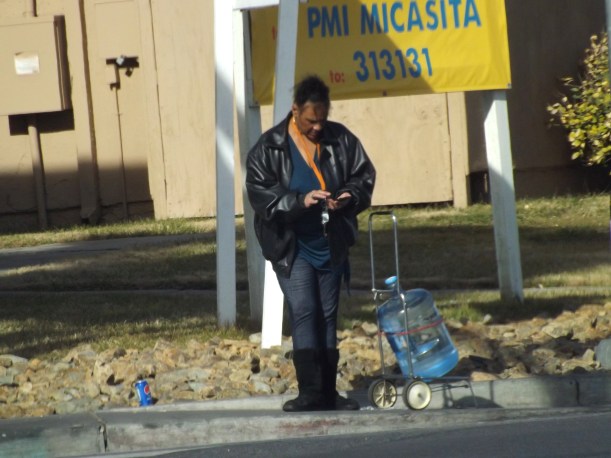 As for this week’s Starchild or Spirit Caller or New Age Chick _ whatever your preference is _ Maybe she was actually chanting and leaning into the wind to say her dark prayers or maybe she was listening to the music on her phone as she waited for the light on the crosswalk to change but whatever the case _ whatever her prayers was _ a spirit chant or the latest Chick Metal from avante guarde radio the light changed and we both exchanged glances _ Starchild and Story teller and went along our way. 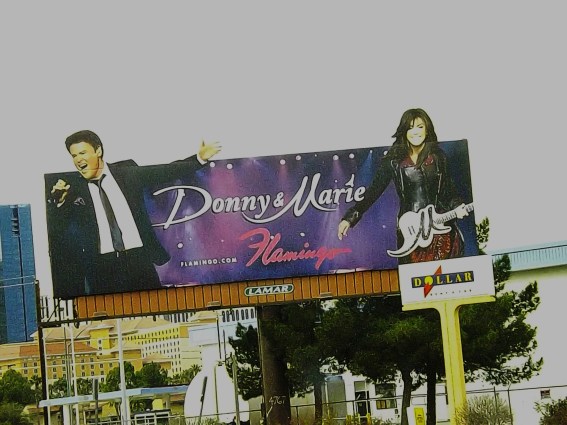 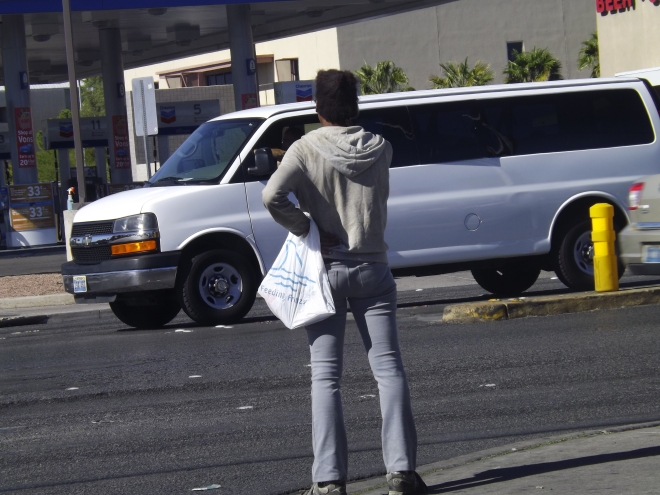 which way do I go. A Sin City commuter ponders the traffic at an intersection – Royal

Last week a serious looking Asian business man sat at a lonely booth bobbing his head to music no one else can hear. He stops and looks puts his convention snack tray of seaweed salad, sushi and assorted Asian vegetables and smiles as he takes the hidden sunglasses/ear buds off his head and walks out the back door leaving his glasses sitting on the floor. They were just glasses. The man was listening to his own music the one always playing in his brain. He had taken a $20 pair of shades to listen to that imaginary music and left thousands pf dollars in electronics untouched. Now that the music was over he left the glasses behind and stalked back into his own apparently well paid world. 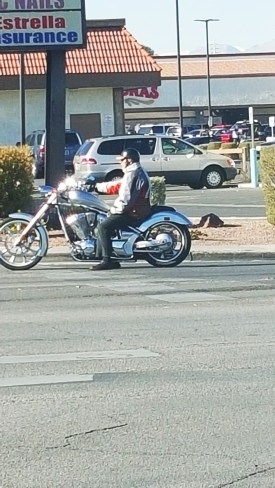 It is an old story _ one that we have talked about many times. Sinners _ residents of the City of Sin _ are very good at making people think they are crazy. We have talked about the skill of practiced crazy. The method many Sin City dwellers have of convincing any on lookers they are nuts either Increasing their appeal as a Sin City drama queen worthy of tipping and taking pictures with or in other cases someone who should be left alone..

Lets start this week’s discussion with a question.

What would you do if the crazy chick you were staring at from the safety of your car _ windows rolled up_ stops screaming at the air for a moment looks over and waves at you with a coy come hither look in their eyes ?
Stayed tuned for the answer. 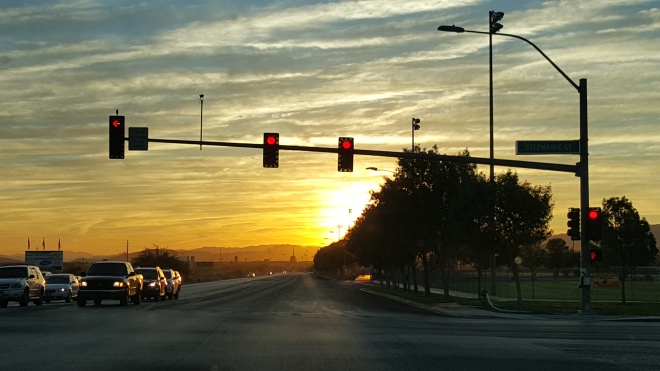 have been talking to all evening despite the fact he died before they were born. It could be the real thing _ or they could practicing a Sin City tradition popular among those at the edge of sanity.

This past week thousands of smart gadget freaks crossed wires with thousands of salesman of said gadgets and while polite conversation was the rule ..there was some of that Sin City crazy was there in full sic figure force.

A lot crazy can get you institutionalized a little crazy can help you be left alone.

That is after all life in the City of Sin 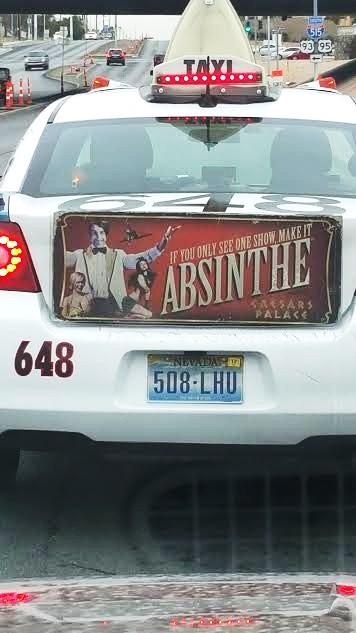 A good symbol for Sin City. The kind of sign Sinners can get into – Royal Hopper

Believers and Sinners in Sin City

A man stands alone in the median of a Las Vegas avenue holding his sign high in the air pointing it at every motorists who passes by with passion and pride shouting its slogan at those who get close enough . 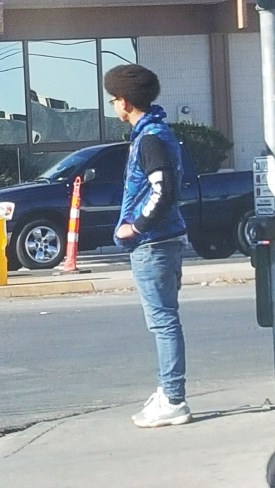 One car stops ..the driver rolls the window down and stares at the man as he pulls a piece of paper from his pocket with an frustrated flourish. They stare at each other for a second as the tension at the impromptu meeting rises the sign holder is clearly preparing himself to spout the long practiced tag lines of his belief of his cause // the one he has come to the Sin City sidewalk with his carefully painted sign to promote.
“The man in the car speaks first and as the dedicated sign holder prepares a s response the motorists . . .
Asks for directions pointing at the map. 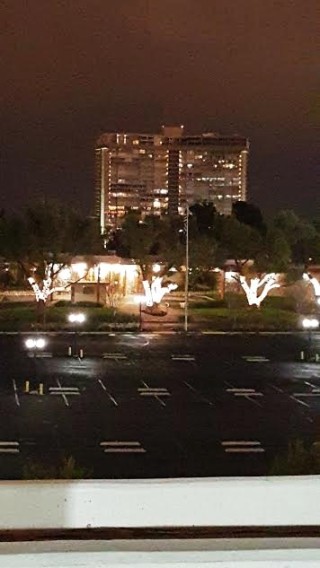 The city at night _ Royal Hopper

“Right on,” he says rolling with window up part way and rolling his eyes in such an obvious fashion it can be seen from the opposite side of the road. The road has a shoulder a rare thing in the City of Sin and the motorists stops and asks the next pedestrian directions and as he makes a U turn and drives off in the direction indicated turns the heavy metal playing on his car stereo up as loud as it can go and flips the metal head devil horns sign at the sign holding believer as he passes and waves at him,. 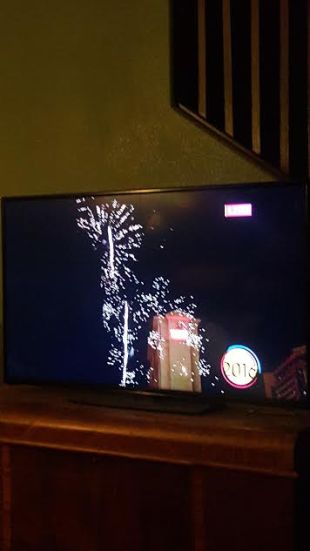 Happy New Year …This is the first New Year’s Eve I spent in Vegas that I didnt work. I drank hot chocolate and counted down with my daughter _ Royal Hopper

Time and time again the scene plays out in the City of Sin. People hold signs for money are as common as politicians at a fund raiser. People who hold them for beliefs are there too _ but people seldom pay any attention to them. Its tough to make us Sinners give a crap about causes. We are so used to weird and flamboyant you almost have to be good looking and naked to get stared at and even them we probably will not read your sign. 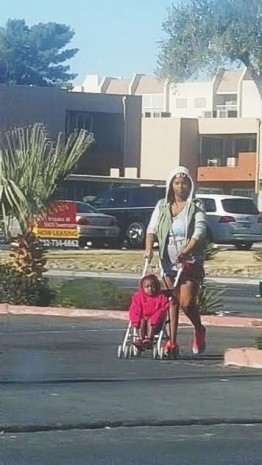 Rumor has it on New Years Eve a group of Christian sign holding protestors nearly got into a brawl with large groups of Sin City revelers and their friends. Rumors say words like whore were used as the Sin City revelers spurred on by Mr Jack Daniels and their girlfriends who had been called whores stepped forward to engage in some New Year’s Eve Sin City brawling.
The tussle was broke up by Las Vegas’ finest because no one with to many brains screws with Sin City PD for very long.

This was the exception. Mostly us Sinners just don’t give a crap about causes. We all have our beliefs but we just don’t have the patience to force them on others and our city most certainly does not.. . . .