Something happens in Las Vegas when it rains. When the wind driven drops of water bounce off the oily sad covered sidewalks and months worth of dirt, car exhaust, dried beer, spit vomit and other and bodily fluids  rise from the pavement and pools begin to collect on the streets as the overworked drainage pipes struggle to keep the City of Sin dry something happens…

Rainy Day in Vegas or where are your parents

By Royal Hopper
Everybody goes inside. Even in Sin City we have the sense to come in out of the rain.

A local order keeper spies two young teen aged men wandering in and out of several banks of slot machines with cash in their hands drooling at the banks of one armed bandits like coyotes staring at rows of young rabbits. When confronted by the order keeper as to why they were wandering through banks of slot machines with money in their hands they had a perfectly logical answer. 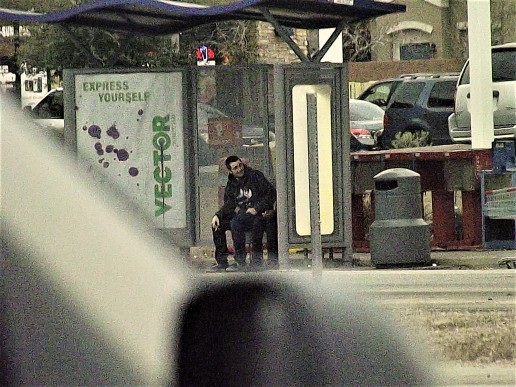 Bus stop in the rain –RMH

They were wandering through banks of slot machines with money in their hands looking for vending machines, for a coke and some chips.
“Points for originality boys and by the way where are your parents?”
After all these years I am still not sure why on earth you would bring children into a Sin City casino. When you watch them staring wide eyed at the brightly flashing cut scenes of the newest video technology slot machines sitting in the lap of their paents who are usually sipping martinis or beer as their kids become the next generation of addicted gamblers and see the fake disgust on their face as you tell them they are violating the law you realize something. 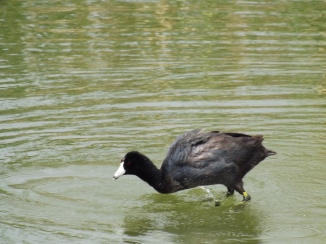 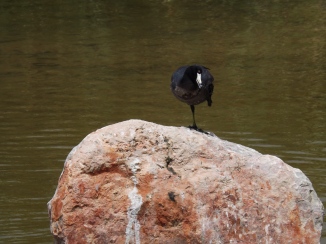 The problem is the parents. Adults gamble drink and then go home go back to work. When you get hooked as a child the fever is in your blood . You see it In 1989 in 1999 in 2009 and you saw it last week. Most of them get caught and told to leave the casino but the damage is already done.
Years ago while I was working TI hotel/casino  I saw a child no more than ten years old sitting in his father’s lap shoveling quarters into a slot machine and sipping on a drink.
When confronted by the illegality of his act the man replied with consummate conceit. “It’s okay he is with me.” and got very angry when he was told that the law says differently. 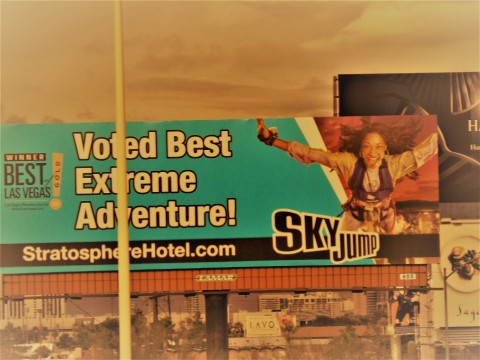 So what do we do about situations like this abolish gambling?  Of course not ..people are going to gamble and drink regardless usually in more dangerous places if. If there is no Vegas there will be hundreds of back room games full of dangerous people and cheaters and killers amd badly dressed conmen like the old west or  modern political campaign.
Parents keep track of your kids and dont let them gamble or drink. Its not that complicated.
The City of Sin is not a terribly sympathetic place especially not for those who are considered players. The feeling is if sit down at the table you take the same risk as the other players. There is no special treatment ..you win or you lose. It is the price of being a player.
If you are not prepared to have your children become players then stop sitting them in your lap and teaching them how to do it. 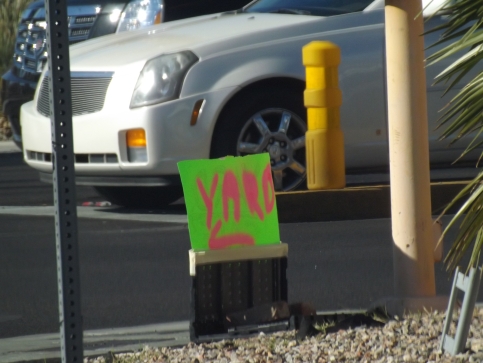 Yes in rained in the desert last week  Cars slip and slide all over the road spraying water to and fro and they ungracefully plow through small makeshift ponds put in the road by mother nature’s wet fury. Tourists from Idaho yawn and wonder why they left home,  locals looked up at the sky in puzzlement and remembered they had  forgotten how to drive in the rain and people still let their kids run wild in the City of Sin…..

That is life in the City of Sin
Take Care sinners

When you hear about a man talking to himself at the top of a flight of stairs out of sight from the normal business in a casino reportedly trying to get someone to meet him you tend to think the worst. Sometimes you are wrong ..not often but sometimes..

Mardi Gras and Valentine’s Day in the City of Sin

A local order keeper (security officer) called to investigate confronted the man as was his duty  discovered the man was not only not up to no good he was up to very good. It seemed at first he was indeed up to no good way as he talked intently on his blue tooth telling a lady and her escorts to meet her at the top of the secreted stairs and would not tell her why.

Now this sounds ominous on its face and experienced Las Vegas order keepers might be forgiven for thinking the worst in this situation. It turns out he had been drawn into the plan by the sincere pleadings of the man.
The lady’s escorts were in fact on the plan and led the unknowing young lady with the aid of the order keeper sent to check on the situation. As they reached to the top of the stairs the lady’s eyes widened as her escorts spread out in a semi circle waiting for the coming surprise.
She looked up and the puzzlement on her face turned into surprise as she saw …….Her significant other on one knee with a ring in his hand. There on the balcony of a nearly 50-year old theater in a casino that was built when their parents were children and with the sounds of slot machines and black pit bosses and music from a canned music on the PA system echoing in the background…..He Proposed. He proclaimed his love and that is was permanent and asked her to marry him on the balcony of a theater in a Las Vegas casino where Elvis played 837 sold out shows in the days of disco, polyester and leisure suits .

He told her she was the only one for him and with her eyes beaming with adult joy she said yes. The plans were for a Valentines Day celebration of love as fiances.
That is Romantic Dude….

Mardi Gras and Valentines Day are at opposite ends of the Romance spectrum one is truly and un-apologetically decadent and the other is dedicated to Romantic Love and aspires to be something better than it is …. Then as you walk back down into the casino you see an older man making his way across the floor of a Sin City Icon aided by his walker and eyeglasses as thick as your fingers.
“Phil (not his real name) where the hell are you going ? snaps a shrill female voice as Phil stops and rolls his eyes as he turns his head with considerable effort takes a deep breath and starts to turn his walker in the direction of the voice.
Aint love grand even after many many many years …

As for Mardi Gras the City barely even noticed. In the City of Sin there is no stolid morality to rebel against ..There are always strangers in costumes women willing to raise their tops for cash and beads  and free flowing alcohol  24/7. Its Vegas man Mardi Gras is every day of every week every year. Just ask the man who was hauled in ambulance with a smile on his face uncertain of how he had arrived in the City of Sin..

Happy Valentines Day and Mardi Gras from the City of Sin

Valentines Day in the City of Sin

A man and his possessions Photo by Royal Hopper

As you drive down Russell Road in your daily commute to pay the mortgage you see a man sitting on the sidewalk with a football team T shirt sprawled there waiting for nothing. Every week he is there and every week he has a different team’s shirt on and that week that team won. Last week the day of the Super Bowl he wore the shirt of the New England Patriots. Apparently the reason we have to put up with the Patriots for another year is the lucky bum and his lucky t shirt.
Tempers flared during the Super Bowl weekend. Drunken football fans hit each other. One couple presumably with a laundry list of preexisting problem abused each other after an argument, preumably over football. Racial slurs were issued by angry and drunk footbal fans , although I dont have the slightest idea what that has to do with football. \par
Now lets talk about the title the City of Sin. 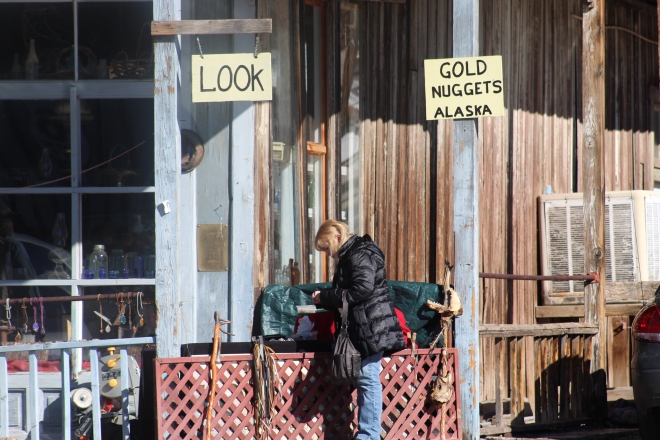 A tourist in Oatman, Arizona proves some things don’t change

The day after the game the City of Sin was back to its normal not giving a crap self. There were sign holders, and Hos, tourists and showmen selling their wares.
Many Cities lay claim to the mantle of the City of Sin. I have been told the New Orlens and New York have laid claim to the mantle of City of Sin. There is sin and decadence everwhere. There was sin in the sleepy little burg I was a police beat reporter in There is likely decademce and Sin in your city.

However lets be clear there is only one City of Sin ….only one city worthy of wearing that mantle out loud. The City of Elvis of Bugsy Segal, the place where old acts go to die, the place where good looking girls pretend to like fat old men so they can steal their wallets…the city of fakers and fake things…… Las Vegas Nevada …
There is decadence and sin everywhere //the City of Sin is just more honest about it and sometimes proud of it.
It is here where people go to watch fake valconos, fountain shows in fake lagoons set to show tunes and pretend to be 22 if only for a few days.
That is life in the City of Sin
Love you Sinners