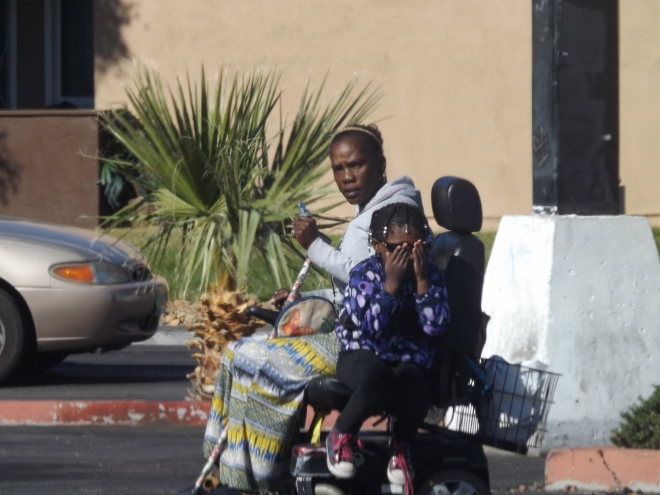 This week, as the city filled with 10,000 concert goers sporting long toed Mexican boots and ten gallon hats for a Latin music festival , the rest of Sin City did what it always did _ gambled drank ..cavorted with strangers took photos they will bore their friends at parties with and made and spent lots of money. It is the Vegas way . . . Vegas baby . Only it was cold this week

All week in the City of Sin it was cold.like the city itself . . . . I can hear all you Minnesotans and Canadians laughing as I write but 38 is hell frozen over in the desert. 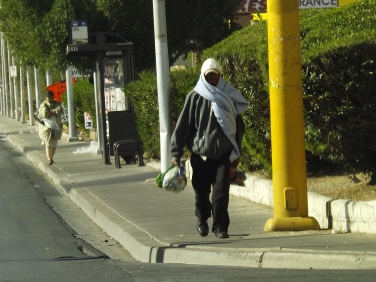 A sinner bundled up and walking in the winter weather last week .. Photo by Royal Hopper

This time of year people turn on their heaters for a couple of months and break out the winter clothes that have been collecting dust in a forgotten corner of their oversized closets. 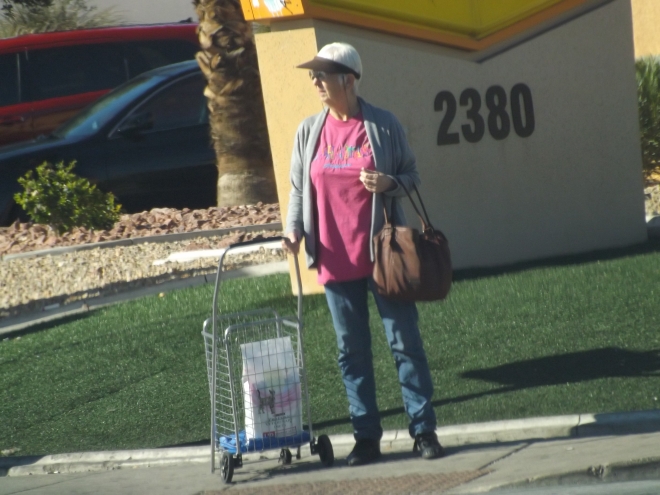 Even in the winter, especially in the winter doing anything in the City of Sin requires precision and knowledge. It is not a place you fly by the seat of your pants or ass the movies put it “follow your gut.” Any honest Sinner will tell you this is a recipe for doom. You have to be at least a little wise.
“Know where you are going and look like you know where you are going.”

Dedicated predators will target anyone if they are desperate but as a rule they, as with any predator, they usually look for the easiest most obvious prey that will cost them the least if it, the prey, turns out to be prepared to fight. 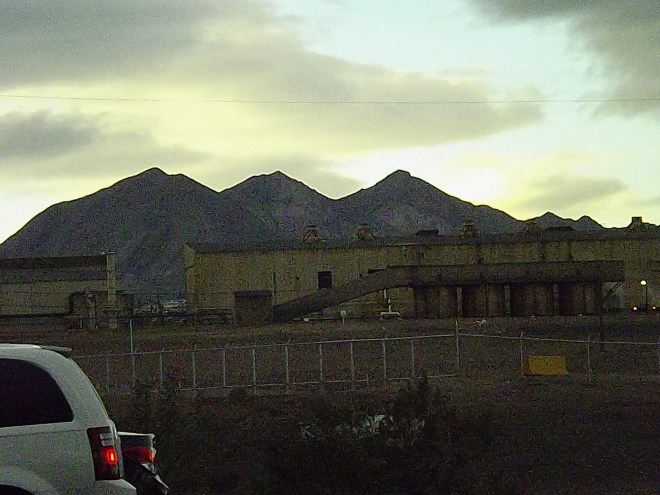 Appearances count here and if you look lost and alone ..if you look like a gazelle that wandered away from its heard looking for its next nibble of grass you may as well paint a big P on your forehead or wear a Tshirt that’s says hey I am a victim. If you look like a wandering badd ass or at least some one who is a little wise chances are all but the boldest or most desperate of predators will pass you by for greener safer pastures.

Locals will develop a certain way of walking and talking and sometimes even without noticing will do a fair job of looking like one of the predators.

It was cold this week. The track Pros..those are the working girls who don’t pretend to be nice girls out for a good time or exotic dancers working for tips dress warmer and the street hustlers go on vacation or move indoors.

Its not a B-movie marathon or a morality tale to scare children into behaving. It is life in the City of Sin.

Happy Thanksgiving from the City of Sin 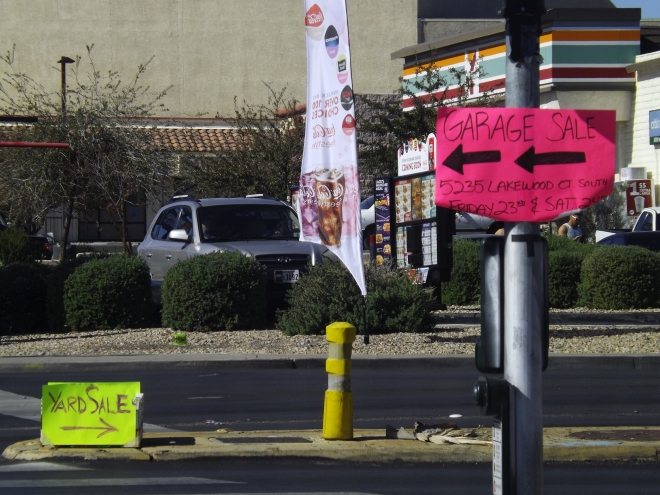 The soft switch and a Winter’s Day

by Royal Hopper
No one looked at the sign that read queen mattress and box set $179.00, on the side of the heavily traveled Sin City road. It sat lonely, dirty and mostly unread in the rare, chilly air of the desert winter. For less money than a night’s stay in most suites on The Sin City Strip you could have a Queen sized mattress and a box to put it on. Sinners know a soft switch when they see one.. They know spin. They know when someone is running an game. 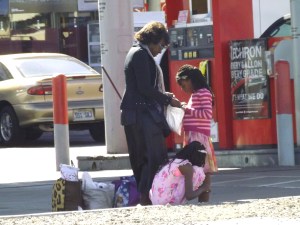 It was a typical week in Vegas the phone guy, the homeless looking man who periodically picks up a random pay phone and talks to a connection or his invisible friends was seen on Sin City Streets again. The dancing guy who practices his rap moves and dance moves while in the crosswalk on the way to work, danced and rapped his heart out as hordes of Jaded Sinners drove past him on their daily commute blissfully unaware a future star or crazy homeless guy was in their midst.

Getting your attention and getting you to walk in “the place” is something all Sinners are familiar with.

We have talked about this before. A soft switch is where you advertise a low, low price for what you know is a low value item and when the customer gets in the store you tell them something like “for only 599.99 you can have this much better mattress and a 5 year guarantee. “No this dancer works another shift but for a little money down you can have me and my friend Naomi Fizz as a bonus,” kind of thing. 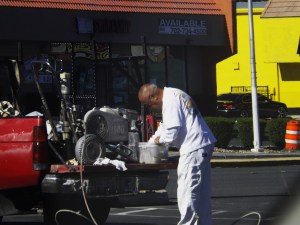 At one time the soft switch was all Vegas was about. Cheap or even free food, scantily clad women serving drinks that are free when you gamble sans tip .. shows by huge stars and mind boggling spectacles all designed to get gamblers to come in the door and spend more than they can afford.

They come in with the desire to spend $5 for a lunch that would feed a football team grab and a free drink while you shovel a few quarters into the Quatermania and when they get there see they can see an entire showroom of half naked women for just 75.00 and if you keep shoveling quarters in the one armed bandit they have a chance at $300,000 or more dollars. It is an old story. It is a Vegas story.

In Vegas’ corporate era everything has to make money so the soft switch in more difficult. Last week $60,000 custom car fanatics packed into Vegas hotels looking to score big on accessories and end up spending money on the stuff Candy Snow stole from their wallets. 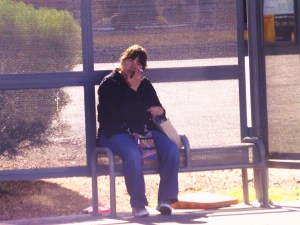 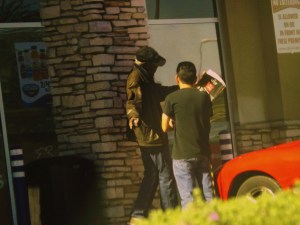 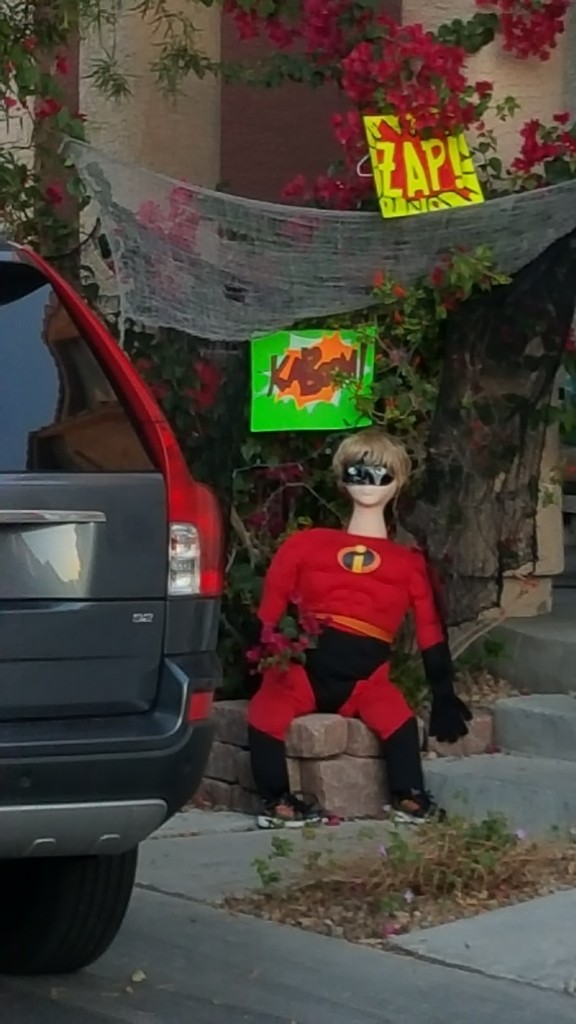 I saw a lot of things this wonderful week _ a Goddess a, Ghoul and Angel and all in between..

I saw Elvis and Marilyn and even James Dean

I saw aliens and cowboys and a giant Goat named Coleen

Bikini wearing nuns, wine drinking mice and good girls dressed like Hos
They all gathered together with a drink in their hand

Some wanted to fight and some could barely stand

Some walked in couple others in a band

There was a lady with biceps to be feared 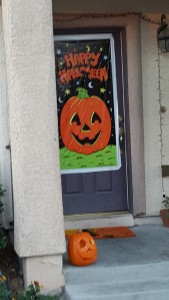 Happy Samhaign, All Hallows Eve or Halloween however you say it and live it – Royal Hopper

A dude with a dog and kid with a beard

I clapped, a smiled I frowned and I jeered
There is nothing to say about this week were In
Its just another week in the past a week in the Time’s bin
Its not all that weird and I will say it again

Its just another week in the City of Sin 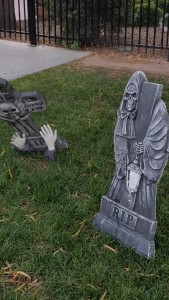