By Royal Hopper
As the ancient dance tunes filtered through the thick neon enhanced air inspiring images of leisure suits, mood rings, bell bottoms and pet rocks and side burns the size of ham hocks suddenly I felt thinner, and hipper. 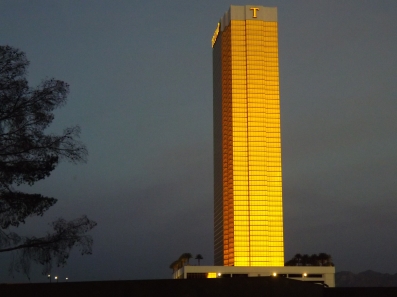 There was a party last week celebrating the 60th anniversary of the Riviera Hotel and mourning its imminent June demise. As the band called The Edge played an assortment of disco and Latin dance favorites I imagined myself a young Rocker long hair blowing in the rebellious breeze of the late 70s sneering at the so called dance music playing on the stereo nearby.

I imagined I was cool much like the man covered with gold chains and a faux silk button down fond of quoting pick up lines obsolete in 1995 who sat at the casino bar until the woman he was hitting on had enough and slugged him. I imagined was cool man and in those halycon days of disco lights, Rat Pack tribute bands and big hair so was the Riviera.

I could almost feel the OP t-shirt clinging to my tanned skin, black denim and leather encasing my rebellious body _ my hair felt thicker and longer. I was skinny again, good looking with a shaggy mane of auburn hair and the world was innocent and full of solar powered promise and I could imagine my casino, the last of its ancient breed still thriving and intact. A coworker said something important and I nodded pretending I understood what she said.

Then as I wandered around the room looking at all the people a few of them older but most still a gleam in their parents eye when I was trying on my first Angel Flights blazer and reveling in the rebelliousness of my Alice Cooper Flush the Fashion concert T shirt. Suddenly three things hit me like a ton of bricks.. .Three things were reaffirmed.

On the Road in Vegas _ Royal Hopper

No. 1 Disco is still not real music, No 2 the grand old lady of Las Vegas was still doomed and most importantly I remembered I was still a nerd. Even with long shaggy hair and cool clothes I had been a Rock and Roll nerd.

After pretending for several minutes to have once been cool had found my way to the nerd section of the dance and was quietly waiting for the gift giveaway so I could go home and watch reruns on my television.

The truth is I was never one of the cool kids.. . . But I had really nice hair.. I was such a nerd my parents drove me to my first rock concert and left me there without a worry.

A party in the Penthouse party spot in a Las Vegas celebrating the 60th birthday of a Vegas casino and morning its impending demise seems like a good time to let go to forget what things have been and look forward to the future _ but as we get older we tend to revert to type. Maybe it is time to move on and just admit ..Im a nerd who once had cool hair and still likes good music .

Sunrise in the desert _ Royal Hopper

You cant argue with a confident man,” goes a saying so old it was in a movie some 30 years ago. Vegas is about a lot of things but mostly math and attitude. If you can count cards and calculate odds you know math.
If look and act like you are a bad ass or crazy or someone who knows someone or someone down on their luck worthy of sympathy often, not always, but often people will assume you are and that can be a gift. That is the Vegas attitude ..that is Sin City confidence.

A man stands in the median of a busy Las Vegas road beside his shopping cart smiling and waving at motorists as they eye him warily. He is surprisingly clean cut for a “Sign Holding Shopping Cart Person,” and bares a short well maintained military style haircut. 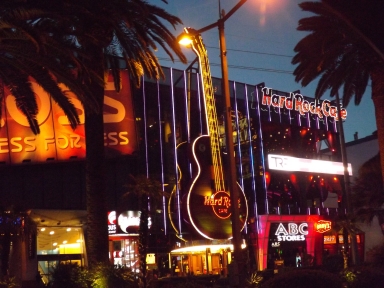 The sign he carries has one word written on it in neat stylized script .“Smile,” reads the sign and he does smile as he runs into the street darting between cars as the vehicles in that lane stop for a traffic light. Despite almost being hit several times the man continued to dart into traffic and was rewarded at least once with something I could not see from the opposite lane. This is a confident man.

A woman sheds a tear as she explains to the security guard how she is trying to get money anyway she can.
“No not that way,” she said waving her hand in desperate dismissal assuring the guard she is not a “working girl” despite her predicament. She just needs money for her kids and needs to get home so she can be there when they wake up not even batting an eye when she adds “because” I owe it to them. She tried to make money by selling things but the person she had given the items to sell had ripped her off and .and and . . . .
That is a confidence woman.. . . . Maybe it was all true .but most likely it was a scam and you gotta be confident to run a panhandling scam on casino property with the property order keepers staring right at you .. . . confident woman. . . . 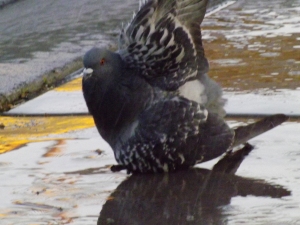 Singing in the rain – Royal

Late night in a casino a man stands on two metal disks attached to his legs just below the knee. Without his lower legs he is barely five feet tall but still a confident man very much in place in a city built around the aura of the confident man. He Mack’s on the woman standing next to him and pulls on the lever of the one armed bandit with a gusto his better equipped fellow gamblers don’t even try to match. He is barely five feet tall in with his shortened legs but he acts larger than life.

Confidence even contrived confidence is better than desperation it seems and better camouflage for the Sinners make their way through the campy, dangerous over the top 24 hour urban theater that is the City of Sin.. 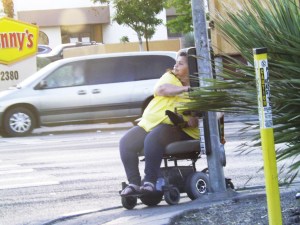 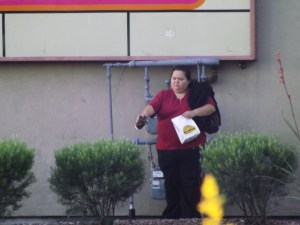 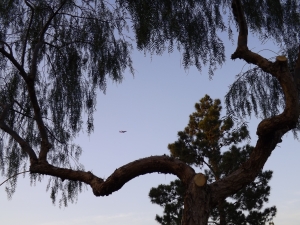 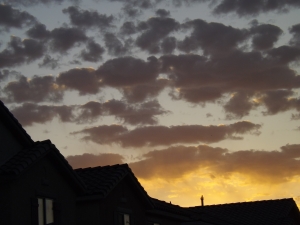 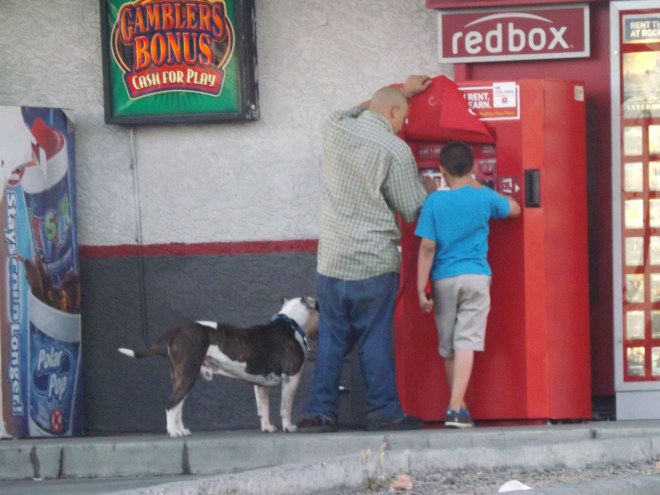 The City of Sin: Take it like it is or go to Idaho

The City of Sin has always been a place where legends say you can be yourself .however weird or out of the mainstream you are ..
“I am who I am deal with it,” the very ambiance of the place seems to say.

Cityscape in the morning – Royal Hopper

A man sits on a bench at a bus stop in the City of Sin. His Sienna colored tropical leisure suit fitting tightly around the equally Sienna colored vest the Italian style halter stop tshirt peering out from his leather like sun tanned skin. In contrast to his darkly tanned skin around his head sit’s a glow in the dark white IPOD of some kind. His head rocks back and forth to the music it plays. He is oblivious to the stares he is drawing as he drifts away on his version of Rock n Roll. An archetype Sinner he is who he is and just doesn’t care what others fell about who he is.

A group of drinking buddies stumble through a casino each wearing a different decade of decadence .. . . The 80s Goth Punker striding side by side with the Chic Hippie look, grunge boy looking confused as his friends push the mid 70s hip length leather coat bushy mustache and print rayon button up dude. Okay maybe I had a closet full of 70s shirts but I never had the cheesy mustache .. . . Mine was cool.

Ahole report:
Ahole season is just around the corner and the aholes are polishing up their condescending attitudes .. .practicing not tipping and displaying the labels on their $80 T shorts as they push their way to the front of the line for the free give aways and 2 for 1 buffet specials.

Jogger Report .. . . . It is this time of year when the sun begins to shine the day long in the desert that most species of Sinners begins to make their first appearance. This week the pale people of winter started appearing on Las Vegas Boulevard perhaps realizing that they look really bad in shorts with that layer of winter fat caressing their silicon skin they try for all the world to pretend jogging is something they do all the time.

Try one – by Royal Hopper

Drama Queen: It is a fact that you have to do a lot to get attention in the City of Sin. We have seen it all and most of the time just don’t give a rats gluts why you are dressed like alien Elvis from the third Elvis eats LA on rye with mayonnaise movie.
That in the City of Sin baby

Question of the Day ?? What do you call a man who sits down at a slot machine that has been disabled for hours and tries to claim he hit a jackpot and had not been paid. Many called this man a DWEEB but the definition of DWEEB is often debated on theses pages and never completed defined.

Dweebs, Dogs and Dudes in the City of Sin

There is something about the City of Sin that makes the hidden issues people bring with them jump into full alcohol enhanced view.

For whatever reason if you have a weakness for gambling it shows in the City of Sin. If you like to drink now and then landing in the City of Sin suddenly turns you into a sloppy annoying should not be allowed to breed or be out after 10 p.m. drunk.

“ I think that guy just asked my dog to see his bottle cap collection,” she said sounding both confused and a little jealous. The woman one of the thousands of dog owners in the City of Sin for the annual City of Sin Dog Show. You may snicker now and make with the bad jokes.

The man asking a woman’s dog out after a few drinks is definitely a dweeb as is the dog owners who replied that his dog was too sensitive to poop where other dogs poop when he was told his dog could not do his business where people walked and sometimes slept.

Also in the City of Sin it is an established fact that having an argument with an invisible person is not a good way to introduce yourself to a casino crowd on a busy Saturday night. Asking same invisible friend advice on what to say is not a great way of picking up women.

Lastly there is no doubt that everybody loves their dogs but how much snap does it take to understand that setting them at a slot machine and demanding a drink for both of you ..is not a cool thing ?????

Ahhh well. That is lifer in the City of Sin

Take Care Sinners
I love you all