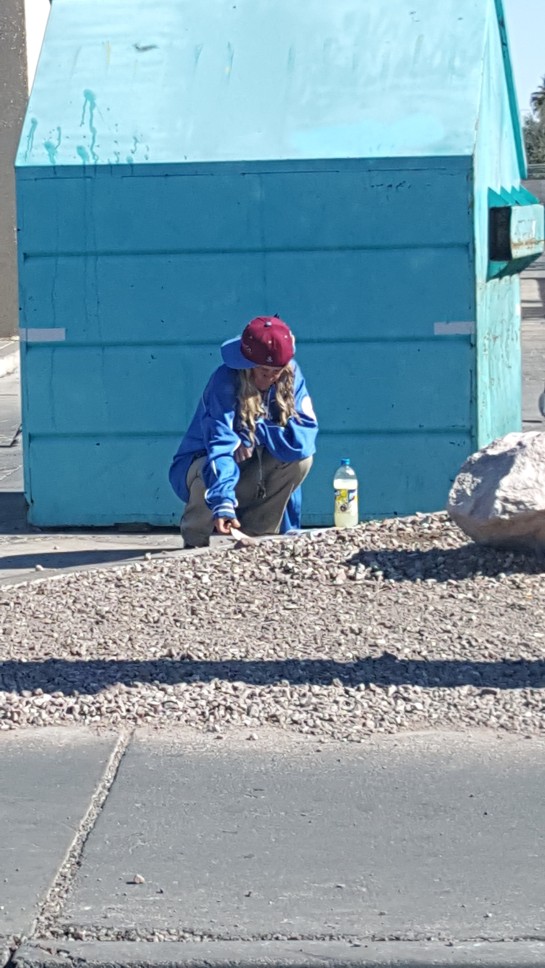 Once in the late 90s a medium sized Vegas casino dropped around $16 million in one shift of Super Bowl sports book betting. This week untold thousands of people gathered in the City of Sin to repeat that ritual on a a larger scale _ to make bets on the Super Bowl and drink until they couldn’t stand.

The Art of Practiced Courage

You see a man standing on the corner walking toward an unseen unknown goal and you decide instantly he looks beat down .. . world weary . Life has kicked him in the jewels more than once and they have started to hurt a little and he seems to flinch with every step even before there is danger in front of him.
He notices people are watching and mumbles something to himself _ like he is remembering the lines from a script of favorite B- Movie _ as if he remembers suddenly that he has gone off script and everybody is noticing. 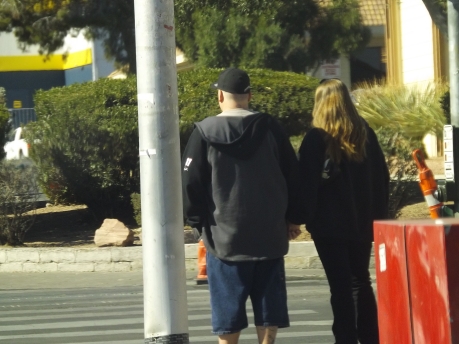 He straightens his crumpled hat, rearranges his face to look unconcerned. Dangerous and a little crazy and eventually picks up a random object tossing it in a random direction. He smiles a little at the people who have noticed him and strides away like an action movie star walking away from s staged explosion as if on cue. When almost out of sight the beaten down slump returns and the Sin City social script is apparently forgotten. He is just a tired world weary commuter. . Making his way slowly to the sanctuary of his home.

There is a certain way things work in the City of Sin a certain script _ social and otherwise things that happen here are supposed to follow. There is a way you are supposed to look, act and hold yourself so that people will assume you are one of the animals that populate this city and leave you be or even join you on your daily trek into the wilderness.

I call it practiced courage. The kind of display and interaction you see in this city every day .. . People in this city who come here to stay or to work soon learn that anything can be faked _ In a City full of performers ..nothing is what it seems. Practice what you are supposed to be _ what gets you through the day _ be good at it and people will generally at least leave you alone _ and those that don’t it wouldn’t matter anyway. 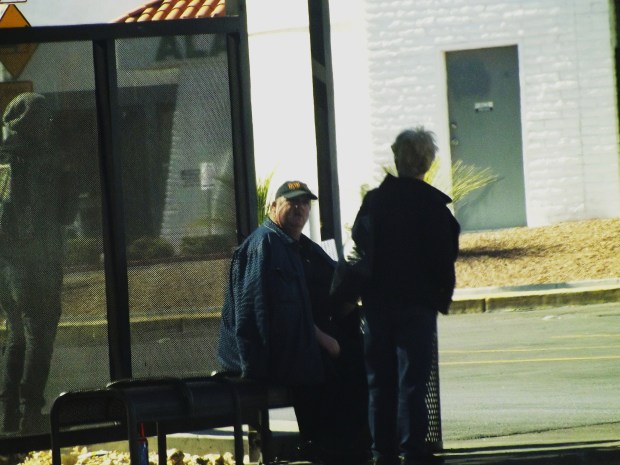 Hey there _ Photo by Royal

Sometimes the denizens of the city are to tired to bother liker the man I saw laying on the sidewalk flat on his back in the sun late last week. He was stock still _ his arms crossed. I think he was alive.. The man trying to wake him up certainly thought so but crumpled up flat on his back guy was just to tired to pretend he gave a crap anymore.

Waiting at the light _ Photo by Royal Hopper

The Super Bowl gamblers in the City of Sin largely forgot their Sin City scripts. Some bit their fingernails _ some prayed openly some buried their faces in their hands to afraid to watch the game they bet their money on. One man babbled in a foreign language and took what from a distance looked like a voodoo doll from his pocket held it up to the screen playing the game for a full minute then tossed it away in disgust. Damn discount voodoo dolls he seemed to say with his body language. Hey this aint the City of Voodoo . This aint New Orleans man. This is the City of Sin and the odds always favor the house.