The Art of Not Giving a Crap

There are many kinds of not giving a crap. Lets look at two and then describe and admit which one you are
by Royal Hopper

You see a man sitting in the dirt near a drainage ditch ..devoid of other potential for use just sitting there eating his lunch in the dirt ..
He is ragged but not dirty or worn down and nibbles his food step by step moving without thought or savoring of the victuals. He remembers how to eat of course but there is no joy just necessity of maintaining his metabolic processes .
Another man sits atop his scooter ..wheelchair bound and octogenarian, sweating like a basketball team and exhausted he stops his pin sized go cart for a moment takes a deep breath and brushes his hair back from his obviously dyed black hair from his eyes. He boasts an Elvis hairdo dyed Barbi Doll black and doent care what anybody thinks about it. 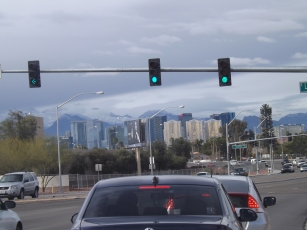 Back at the dirty dusty drainage construction site the lunch eating man must know he is being watched but if he cares he doesnt show it. Sitting in his isolated spot behind a tangled wire fence in the dirt near a ditch occassionally pushing back his red non descript ball cap enough to push the substance into his mouth he lays in the dirt and eats ..screw what anybody thinks.
You see that a lot these days ..In the city ..in the country elsewhere sometimes people are just surviving not really living ,,in short they just don’t give a crap anymore. They are going to do what they do and screw you if you don’t like it…or think its silly.
The Elvis hairdo guy stands out even in a town haunted by the ghost of Elvis Presley 40 years after his untimely demise. His face is wrinkled and lined, his over weight frame bent by age and disability and his skin sallow but his hair is bright black and has that 50s Rebel flare. He looks like someone has painted a cartoon wig on a real person.

He manages a smile, catches his breath and guns the accelerator on his motorized scooter dissapearing into the crowd of Sin City revelers. At this point in his life he is going to do what he is going to do …catoon Elvis wig and all …You have to respect that a little. Flipping the bird at conformity and letting your freak flag fly is the Sin City way.
Back at the curb in the dirt whoever he is ..a homeless man with access to clean clothes or some guy working a shit job he has to get away from the man clearly has a serious case of I don’t give a crap anymore … 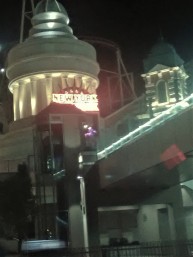 The City at night and from the top — 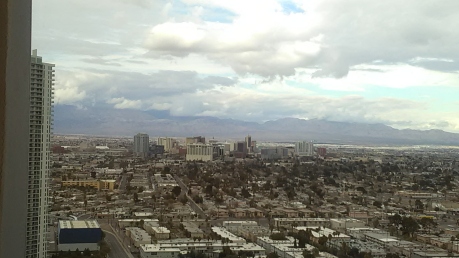 He doesnt really appear to enjoy the food he shovels mechanically into his mouth. He just knows he has to eat. There is no joy that can be seen…no real emotion. Both of these men are prime examples of the not giving a crap class of people in this city.
One where you just fade into the background and ignore the world and one where you express your inner self and don’t care what people think about it. Many of us aspire to be one of those things and end up being the other. This city is as a line from a comic book I read is championed not by the barons and bankers that run it ,,but by the wayward outcast children that populate its many dusty , neon lit corners, gambling parlors, street corners, shopping malls and cafes.
They are a fundamental aspect of life in the City of Sin.
Love You Sinners