A scam ? Maybe she was chasing the Tiger on her way to the City of Sin and ran out of gas on this highway in Arizona Photo by Royal Hopper

Once upon a time .. I was working at a casino on the Midwest, which is kind of like working in at an out door swimming pool in Alaska….I saw a woman walking through the casino moaning like a regretful spirit at the consequences of her life and gambling habit.
The woman moans as she walks _ actually moans as she walks…occasionally looking down at her hands and at the floor and moaning “How am I going to pay the rent?” ,,, 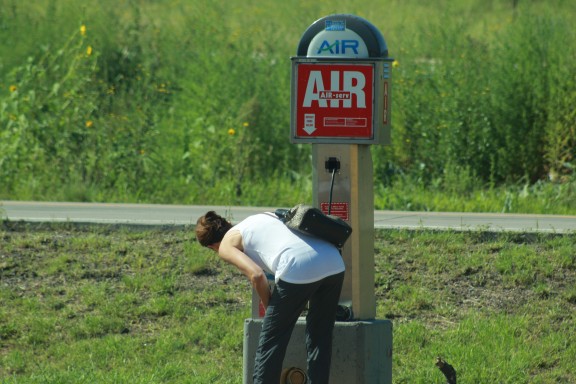 She would take a few steps and then moan again…”How am I going to pay the rent?”
There is an old saying from a western cowboy movie that I have watched several times _ one that is often ignored by fans of the epic telling of this mythic old west heroes and villains ….
“No one forces you to chase the Tiger,” says Wyatt Earp to one of his brothers in a movie dedicated to the Earps and their infamous showdown with a ring of criminal cowboys. The Tiger being a decoration on a gambling game popular in the old west called Faro that drained many a poor cowboy of his hard earned money. The Earps as we all know ran a series of Faro games in casinos in Tombstone Arizona in the Old West. People who kept gambling after they should have stopped were said to be chasing the Tiger. The phrase chasing the Tiger describes the City of Sin to a T.

Every one has a Tiger _ an inner demon _ an appetite that they chase and hope they never catch….becauase they know in their hearts it will eat them if they do.
This chick chased the Tiger and it caught her ….
I remember riding down some well traveled commuter roadway in the City of Sin and stopping for some traffic jam or another and a spied a man looking down at a small vial in his hand like he was trying to make a hard decision. Right before the jam cleared up and it was time to drive on the man sighed and downed to vial of liquid immediately dropping his hands down to his side in resignation holding the vial in his right hand out of habit before simply letting it fall to the ground.

Taking another sigh and looking over at me sighing and shrugging his shoulders with a dark acceptance of what he had done.
The traffic moved on and I pressed the accelarator out of habit and as I drove away the man turned and looked out toward the starkly beautiful landscape of the City of Sin and then he faded back into the jumbled neon and asphalt; conrete and sand painting that is the City of Sin.
I often wonder what became of the man. Was that just an energy drink? Was it something more. Was he just trying to stay awake or was he chasing the Tiger waiting for it to catch him????

I have not met a person yet who didn’t have some kind of Tiger he or she was chasing dreading the day it would finally catch him.
That si the great lie of the universe and of the wonderful/horrible city. We think we are chasing the Tiger but maybe it is waiting for us to catch it so it can eat us ….
That my friends is one of the small wisdoms that life in the City of Sin teaches
Love you Sinners 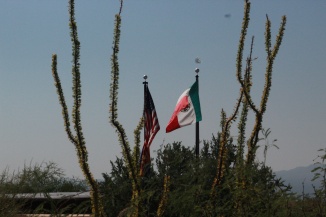 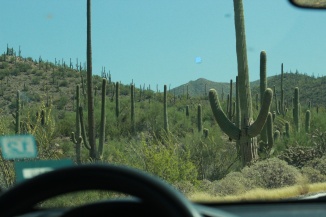