It rained last week in the City of Sin. A lone isolated thunder cloud trailed across the city leaving drenched sidewalks and wet pedestrians in its wake with the desert sun shining around it as it did its weatherly duty . It was nice for change to have rain and have normal temperatures for a day. You never really appreciate something until you don’t have it and something is always more valuable if its rare…. rain in the desert is like a lot of things : freedom, a government governed by reason, compassion and empathy… good movie popcorn …..you don’t value it until it is gone….until you don’t have it 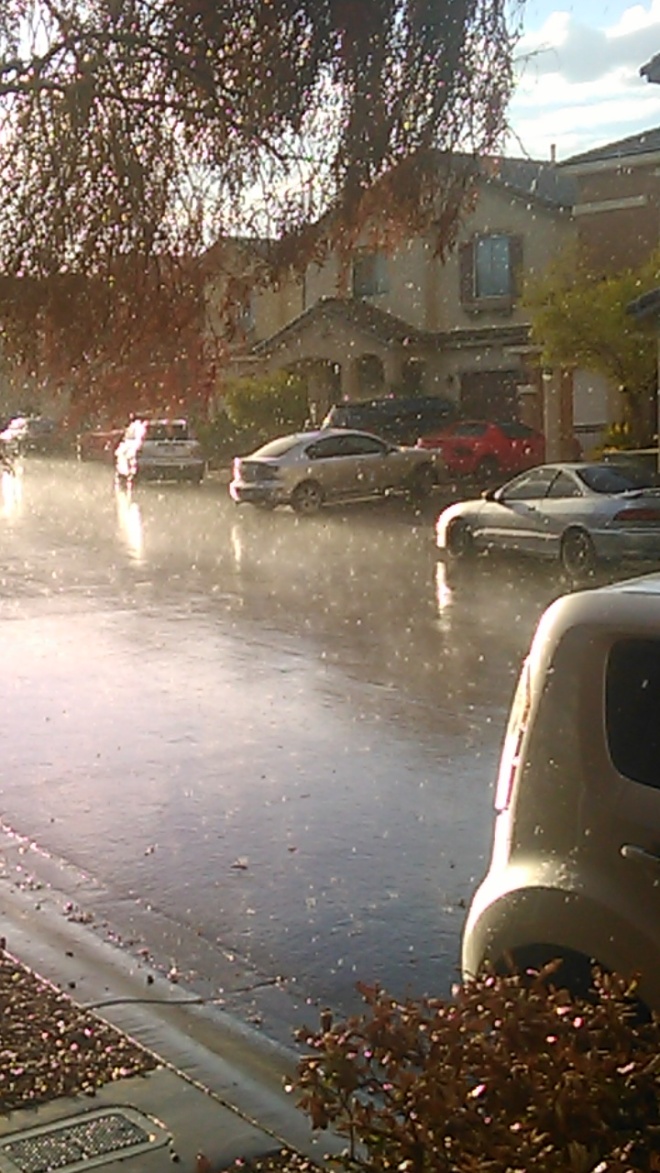 A thunderstorm in the desert _ Royal Hopper

It Rained in the Desert and the Sun was Shining

You see a tourist family standing in front of the same cheesy I love Las Vegas sign that a thousand million tourists have taken photos of before and you sigh and roll your eyes before moving on down the same Sin City sidewalk where moments before a sign holder had stunned tourists by telling them his family had been kidnapped by ninjas and he needed money for Karate lessons. You keep walking toward your car and give the sign holder the ” I’m a local look piss off look” and move on as the tourists stare aghast at the oppressive desert sun shining down on their pale exposed skins already pink from exposure to the UV rays it issues forth unfiltered by the cloudless skies.

Then suddenly without warning you notice a bank of clouds moving across the city and then hear distant thunder strike your eardrums with a boom and the air suddenly smells funny and something wet hits your face.
Is the world ending ?? Did somebody hit a water truck with a semi???? Then lots of water begins falling from the sky covering the sidewalks and flooding the gutters in short order. The tourists scream like little girls and run for the nearest tourist trap to wait out the storm. You take cover stepping over abandoned newspaper fragments, a piece of a campaign poster and a dried out piece of a food wrapper look up at the sky,  fumble for your cell phone ….. and take pictures.
In the desert when it rains or snows people take pictures because it is rare here. Tourists post pictures of their families standing by the Elvis statue or at the Belagio fountains and locals roll their eyes and sigh.

But when it rains the same locals post pictures of their flooded driveways on Facebook saying look it rained. They sigh when the needed precipitation is done and the oppressive summer sun once again pokes its head out from the clouds….
You smile at the results of your work as the rain cloud continues on its cross valley trek the sunshine following right behind it as if an angry Ra (Egyptian Sun God of ancient mythology) was chasing Gaia (Ancient Goddess of Nature) and her pesky rain clouds out of his beloved sun baked Metropolis….. The rain passes and for a moment you enjoy the slightly lower temperatures and the strangely wet smell of the normally arid summer breeze. Stepping over a TV guide remnant on your way to shelter you notice the temperature and comment to a passerby. “It is only a 101..” as you watch the rain drift across the landscape. 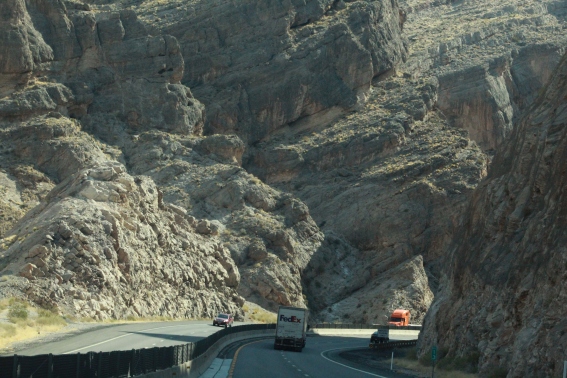 You know your in the desert when you can say with a straight face…Its only 101 today really mild…” The look on the faces of tourists from Canada and Michigan when you say that says it all … They enjoy the desert sunshine because they only have to endure it for a few days . The locals welcome the rain because they have heat all the time.
In other places when it rains people mutter under their breaths pull the umbrella from behind the front door and try to remember if you rolled up the car window yesterday …because rain is common there and really a pain in the ass.
Here in the desert it is a celebrated mystery because not having something can make you appreciate its necessity and make you miss it when it is gone ….

As a person who has lived in both a very rainy area and a horrible dry hot one … I think a balance is the best way to go….. When it rains ….let in rain ..then let the rain stop and the sun come out……
That is life in the City of Sin brothers, sister and fellow Sinners
Love You take care