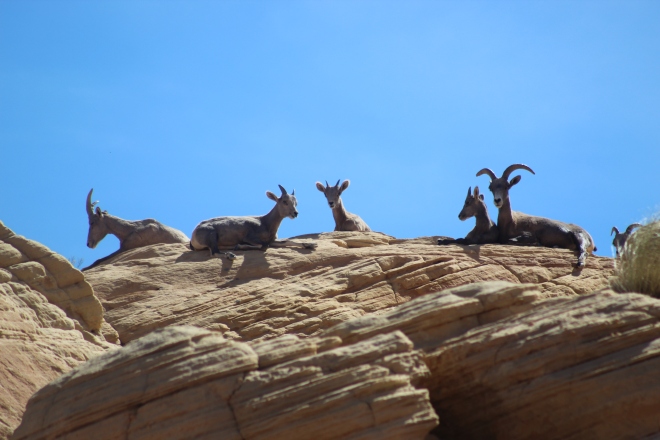 A Walk Through the Valley of Fire

People say that living in this City warps your sensibilities. Even the great outdoors start looking like the inside of a Vegas casino. That’s not really true is it….?
I took a weekend off from the Sin City shuffle. I took the family including my mother and my brother who came into the town for the weekend from Texas to the Valley of Fire an hour’s drive from the City of Sin the other side of Lake Meade in State Park that was once haven for Geronimo and other not so heroic outlaws.

Not unlike the City itself now that I think about. Vegas was founded by gangsters, cowboys and tourists of all kinds. The City of Sin is visited by millions of tourists visiting the city from all over the world.
Of course the tour group of French speaking tourist hiking through the Valley of Fire that day were from a long way away as were the Japanese hiking group that was behind them and the German speaking group and the Australian group and so on.
Vegas is full of all sorts of unsavory characters who will steal your stuff. The Valley of fire is full of rattlesnakes, coyotes, thieving little birds who steal the last piece of your protein bar from the table in front of you.

There are all sorts of weird people in Las Vegas who pose for pictures dressed as all kinds of creatures, big bird power rangers and the sort. Of course there were those Big Horn sheep on top of that Rock who posed for pictures from the tourists below speaking six different languages and snapping pics of the Ram was he seriously seemed to be posing for the cameras. I was surprised someone didn’t break out a tape deck and play Modonna’s Vogue for the camera loving hooved Prima Donna.
In Vegas, the City of Sin, you see miles of intriguing neon signs and exotic ads for exotic places. You see intricate graffiti some of it almost like writing or art. In the Valley of Fire there are 3,000 year old Petroglyphs scraped into the Fiery red rock by Native Americans who were likely still recovering form the last Ice Age. Some of the Petroglyphs found in the Nevada desert are estimated to be more than 14,000 years old. Mostly they are images of animals and people ie prehistoric graffiti and pop art.

There were rumors Geronimo hid away in the Nevada desert before scurrying off to Mexico in the Old West. More conventional outlaws also are reputed to have hidden out in the bleak landscape of the southern Nevada desert when o the run from old west posses.
So we have drama queens, bad guys, famous signs and a colorful history of hosting mysterious bad guys and hordes of foreign tourists in the City of Sin. 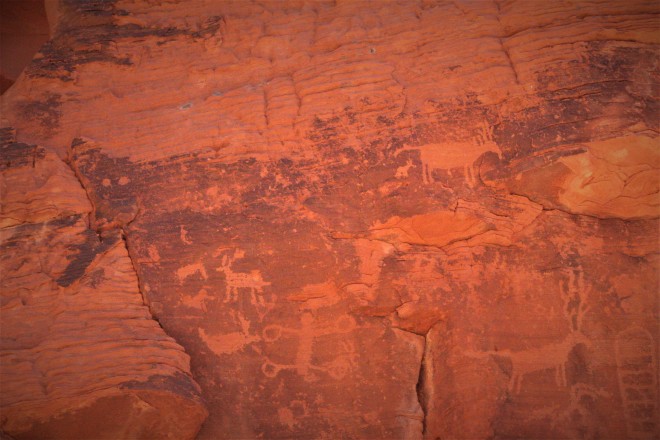 We have drama queen animals, hordes of foreign tourists, famous signs and a history of supporting famous bad guys in the valley of Fire and the surrounding Las Vegas desert.
There are days you just have top get away from the City of Sin..drive out to the country.
That’s life in the City of Sin and in the Valley of Fire ……