by Royal Hopper
“Who would take a half smoked cigar,” remarked the badly dressed man puffing on a fresh stogie and chomping on it like J Jonah Jameson (Marvel look it up) five minutes before deadline.
Someone had stolen his half smoked stogie from the slot machine where he had left it while getting change and the man was completely bewildered. This is an all to common occurrence _ both the theft and bewilderment. People sometimes get fooled by the the plethora of security cameras in a Vegas casino and the ever vigilant security officers walking around into leaving their stuff laying around or forgetting it on their way to the airport.

This is the city of Sin brothers and sisters. There are people in this town who will steal your underwear if you give them a chance while your wearing them and they will damn sure steal your money or your virtue if you allow it _ and far to many people do.
There is one solid golden rule in the City of Sin that every tourist would do well to remember. If you leave your stuff where it can be gotten someone will take it…..If your lucky the security officers patrolling the area will spot it first and take it somewhere safe _ but they are busy keeping an eye on a Vegas casino and often have their hands full. Chances are if the hotel or casino employees are busy it will simply be taken by some random scumbag and guess what most of the time you are out of luck. 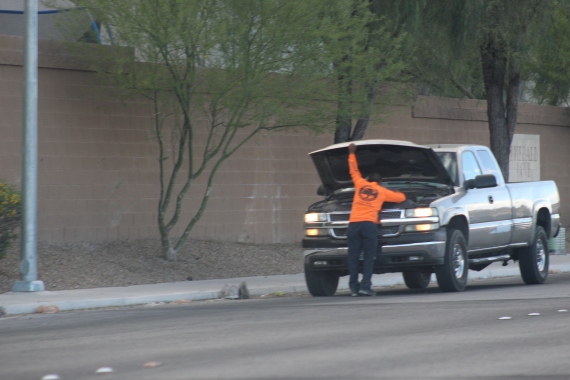 Keep your hands on your stuff or you will lose it and it is just as much your fault as the scumbag whose stole it because as jaded as this will sound their are thieves and assholes everywhere and if that somehow doesn’t sink in you don’t belong here even for the weekend.
I remember once years ago there was a couple who came to a casino I was working at circa 1989. The man won a jackpot, cashed it out, stole the couples plane tickets and cash ran off to a nearby town with a random bimbo. We actually looked for this guy which but he was long gone.

Once alongh time ago very nice older lady left her purse, full of medication and money sitting at a slot machine while she went to the bathroom …for 30 minutes. No surprise it was gone when she got back. “I cant believe someone would steal my purse. I was only gone a little while,” said the very nice lady now sans purse, medication and cash.
Once a man in another casino i worked at actually had to nerve to complain that someone had stolen his cocaine. Another was outright furious that he had left his door open to go down the hall for an hour and low and behold the pile of cash he left on the bed was gone.
At any given time the lost and found departments of most hotels are full of stuff left by guest and found by employees before some ahole found it and took it home. They are the lucky ones….

Think about it. If even 10 percent of the 49.2 million visitors to the City of Sin in 2016* were bad actors then there are 4.9 million people passing through this city _ the City of Sin_who will to take your stuff if they have a chance.
. The casinos will do their best to keep you alive but it is up to you to keep a hold of your stuff.

Sue me I like birds _ Photo by Royal Hopper

Lastly it is called the City of Sin for a reason genius.

If the room has a safe use it

Relaxing is for Nebraska be alert