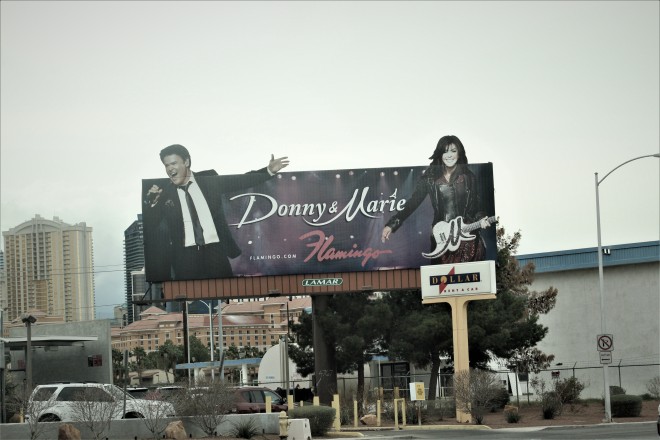 There is a line from an old Metallica song that goes ..”You just stood there screaming fearing no one would listen to you. They say an empty can rattles the most. The sound of your own voice must soothe you.”

Social cammo and the sound of your own voice

By Royal Hopper
That must be what was happening when a man stood in a Cafe in the City of Sin shouting in his outdoor voice at the guests of the cafe pointing his finger at them and making accusations against everything and everyone apparently egged on by invisible friends he occasionally referred too in the third person and present tense. “Are we we sure. Yes. We are sure. Okay I just wanted to be sure…” 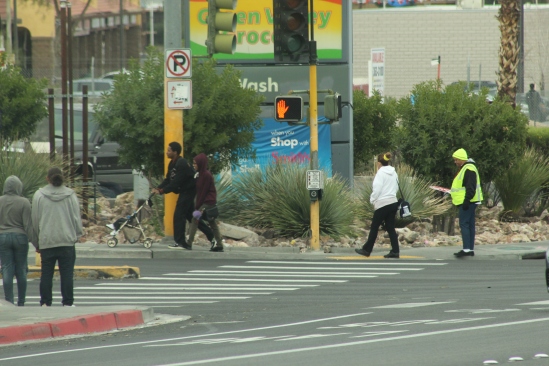 He looked and sounded crazy and drunk so he must be crazy and or drunk so he must be. Eventually security came to encourage him out the door and his invisible friends too.
We have talked before about the concept of social uniforms and social camoflougue. The concept means more than clothing and hairstyle. Although that is a lot of it. It also means the way you talk and what you talk about about. How loud and how often you speak up.
Once a man in his 40s sat at a slot machine shoving $20 bills into the nickle machine like a rock star on coke. He had a layered hair metal mullet with silver studs hanging from bangs and leopard skin vest and 80s rocker boots and an attitude of practiced fearlessness and cockiness. 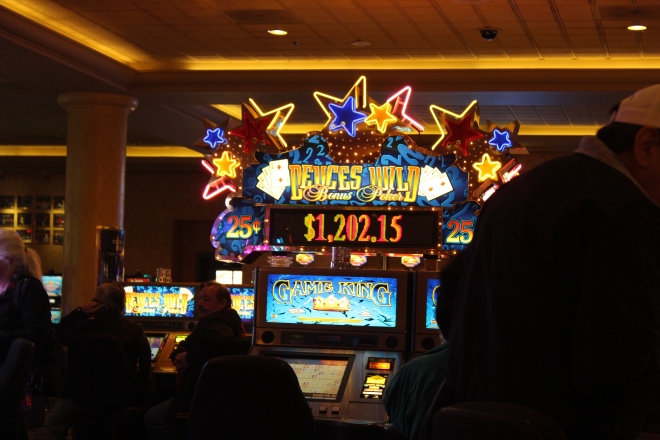 A crowd had gathered around him and was beginning to cause a scene as they began speculate on what aging rock star had come to play nickel slots at their favorite casino. A few young women had sidled up to him and were purring for his attention. Shoving the promotional tickets he had been handing out minutes before in his pocket he began to speak to the young women….right about the time Mrs. Aging rock star came walking up with another handful of promotional tickets took the wig of his head and led him by the hand away from the crowd of admirers oddly not that upset that three women almost young enough to be her daughters had been macking on her “old man.” They stripped off parts of the costumes they had worn was they walked and minutes later were back in the casino just a cutsy 40 something couple in cream colored cotton dockers and denim spending a weekend in the casino. No one noticed them…. 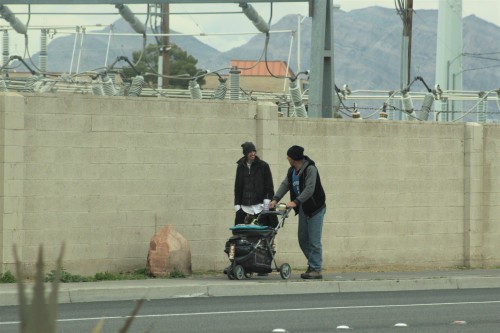 If you wear the right social uniform people will notice you and assume you belong. If you use the right social cammoflougue people will assume you are part of the landscape and you will blend into the background.
Predators if they are smart never look like predators. The innocent if they are smart will try the best they can not to look innocent. In this city looking innocent and alone is a little like running naked through a sex addict support group or skinny dipping in a school of piranha. Looking normal and poor will likely get you ignored. 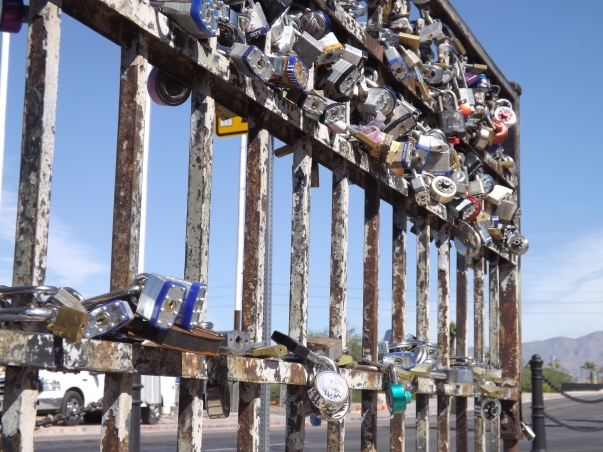 A gate near Lake Havesu covered in bike locks. I don’t know what it means but it is a cool photo _ Royal Hopper

The man in the cafe was eventually led out of the restaurant and the casino in which it sat and into the tender embrace of the City of Sin’s concrete sidewalks and asphalt neon and sand.
Lets face it looks are everything in this city. How you portray yourself is how people will rememer you and how they will treat you.
What people beleive you are is what they will treat you like
Thats life in the City of Sin
Take Care Sinners Love You