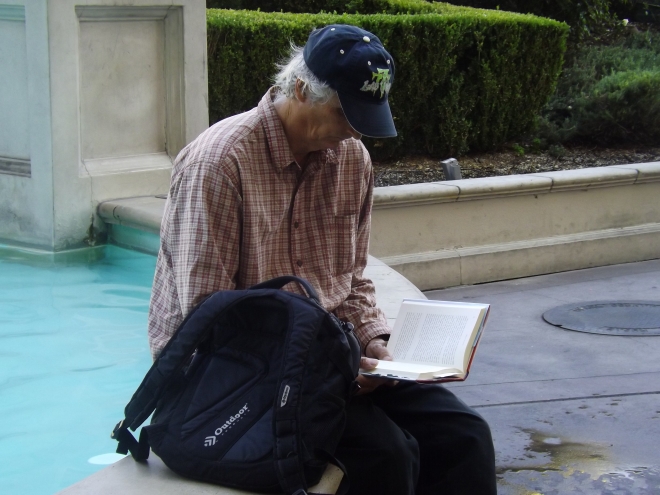 Did you ever look in the mirror in the morning or late at night and wonder who the F*** is this old bastard in my mirror or look at your father leaning on his cane and suddenly realize that the inner child telling you it is still 1985 or 1968 or even 1995 is a lying SOB.

By Royal Hopper
Three things happened last week. My 81-year old father came to visit me and the country elected a brash, vulgar, self promoting real estate broker and realty show host as President of the freaking United States of America and I realized that it was not 1965 or even 1995.
Now think about that for a second. I may give away my politics here but to mee it seemed a little like hiring a plumber to train your prize race horse because the stable smelled bad. ( Yeah Im not sure what it means either)

I heard it one day and swore I would use it in a story even if I didn’t still know what it meant.)   http://www.ibtimes.com/popular-vote-latest-count-hillary-clinton-could-win-2-million-votes-over-president-2445684
Supposedly they the voters  were angry and distrustful of the government. They felt left behind the theory goes _  betrayed by the times, the politicians and a a failing industrial base that once paid for their bass boats, the four cases of beer they kept in their man cave and their subscription to ammo today.    I think they did it to recapture glory days that are simply gone and will not return and it is dangerous to live in the past.
The opposing, party my party tried to defeat this brash, vulgar man with old style politics whose days are also long gone and in this case the loud angry voice of yesterday rang truer to the masses than the politics of yesterday. Someone I dearly love and respect said is Hillary was elected we would have martial law within a year. How do you answer that with reason.

Now to my Dad. When I picked up at the airport having not seen him in a few years my mind was filled with the image of him I held as a child I was surprised at how frail he looked and I selfishly felt suddenly older myself.  The feeling is much like the sadness I felt after last night’s election results sunk into my middle aged brain. Exactly the opposite of how I felt when I helped Barack Obama win the White House.
It was unfair to him and to me. What was he supposed to do suddenly be younger for me.  Father time eventually catches up with everybody. Once I got over myself and toldf my inner child to shut the hell up _ we had a great visit. We are who we are not who we were. That is something  guy who I saw walking through a casino with a speedo a Michael Jackson T Shirt, a shiny bald head, a generous stomach and 70s issue pony tail  could have learned early in life. Nineteen seventy nine was decades ago brother by some gym shorts ansd a gray T Shirt like every old guy does.
I guess the lesson of last week and the thing I wanted to say was. Live for today because today is unforgiving if ignored  and tomorrow uncertain.  Don’t let the ghosts of the past rule your life.

The 50s are gone and will not return but so are the 60s. Lets live in this decade and whatever God or Goddess watches over us bless this New Age and cover us with the grace we need to survive and prosper.
That is what he country really needs to do now is figure out a way forward not a way back. I remember my Dad at his best. I can still see him in those awful 70s polo shirts and large frame reading glasses, leisure suits and velure sports jackets.
We discovered last week that there is an under current of resentment in this country ..of longing for a time that is decidedly gone if it was ever actually here and will not come back.
Would I stay young and healthy and keep everyone I love young and healthy if I could? Would I love to see my Dad stand tall and look young? Would I like to look in the mirror and see a head of red hair and smooth skin?

Of course I would  anyone would but I would not go backward in time for anything. I can’t count the number of times I have heard .. “I wish the mob ran Las Vegas like in the old days.” Forget the good old days. They weren’t that good.”
In Vegas we have a saying ..celebrate  the past, glorify it if you must ..put on shows about it …but live in the now and keep a hand on your wallet while your in the buffet line. I think that is how it goes. Or it could be grab your pants as you are running out the door.
That is life in the City of Sin and in the present
Love You Sinners