The Past the future and driving Las Vegas

I was driving down the street of Las Vegas the other day doing something boring and I had the strangest sense of déjà vu. As I was waiting for the man in the shopping cart to finish his jay walking across the street so I wouldn’t run over him. I remembered nearly 27 years before waiting for a group of coyotes to cross the road in a part of Sin City that now boasts thousands of barbecuing, hot tub sitting, sun screen wearing suburbanites and their dogs. 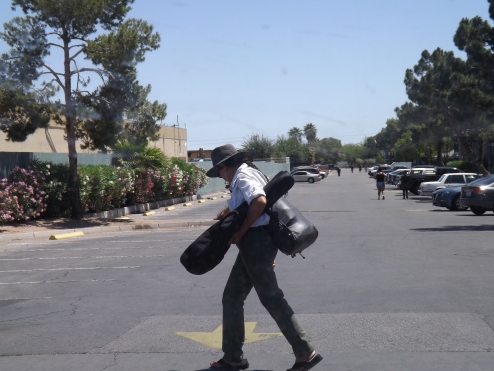 Lots of things have changed in the City of Sin since that day in 1989 I first set foot in Bugsy’s misadventure, Elvis’ second home the desert hideaway named after the Spanish word for Meadows and called the City of Sin.

Vegas is a city is a city now not a big town like it was back then. Homeless guys with shopping carts have replaced coyotes and drunken tourists. There are always things stumbling out onto the boulevard in this city _ the times just change the nature of that thing.

A man and his shopping cart _ Photo by Royal Hopper

Driving down the boulevard you see what you think are some new things _
a huge truck stop for a moment in the turn lane and hand a bag of food to a man who has seen better days. You see two women with spiked frosted hair walking down the street holding hands in the ancient ritual of lovers walking in the afternoon sun and nobody caring one way or the other and you think maybe times have changed. You also remember 1989 and the two men you saw kissing on the boulevard ..and remember that one of them was dressed as a woman.

You see a man handing out pamphlets for a religion you have never heard of before and you see two people from vastly different societies crossing paths _ competing for the same resource or taxi or space on crosswalk and the larger more physically impressive one giving way gracefully with a polite gesture allowing the stranger to go in peace.

You see a young man in a Lucky Strike T shirt boldly striding beside the parent from whom he surely got the idea of romanticizing a deadly habit as a symbol of rebelliousness and hipness from.. .. The father surely boasted the same shirt in 1989 when you first arrived in the City of Sin.

And you see strange hairdos that make you shake your head and long for the days when rebellion meant shoulder length and stoned washed blue jeans. 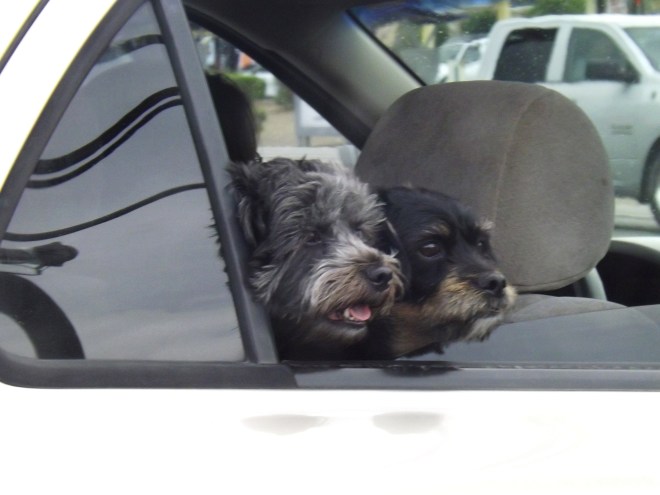 There is nothing cuter than Doggies _ Photo by Royal Hopper

The cross section of humanity you spy while driving down the boulevards and byways of a metropolis can tell you a lot about the character of a city _ its personality _ the part it tries to keep hidden from the brightly lit marble tile covered confines of its proper places of business but is the same game in 2016 that it was a 1989. 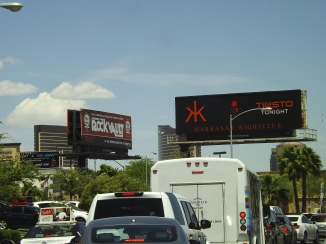 The City of Sin _ Photo by Royal Hopper

What do you conclude from all this. It is simple as the movie line says. “Some things change and some things don’t.” (Matrix 1999)