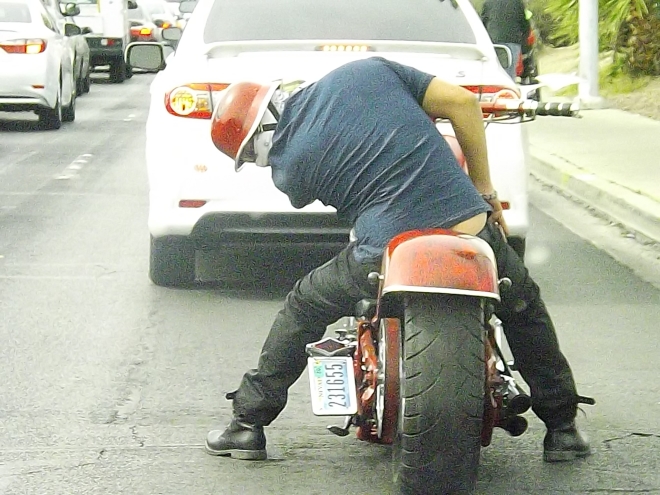 The Sin of Transaction

As you drive down the usual Sin City byways on your way to punch the drone clock and put in your daily eight hours you see a man who is familiar. He has a sign asking for charity and money in his hand. He looks around then quietly slides the money he holds into the hand of a woman standing on the corner. The woman makes a point to look straight ahead with a look of feigned innocence that is almost insulting in its B-Movie obviousness. It appears the sign holder gave the woman some money and she gave him something.. What does it mean _ stay tuned. 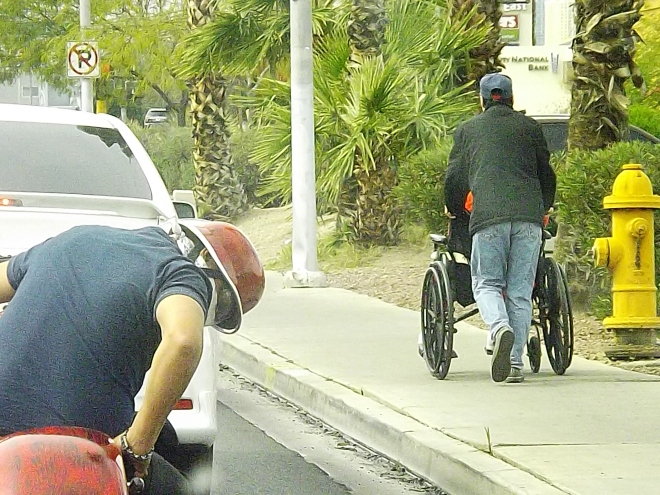 where is that damn thing _ Photo by Royal Hopper

It the City of Sin there are a million transactions some innocent, some legal some suspicious and some obviously not legal. it’s a lot like the cocktail waitress that allows a stranger to ogle her assets in return for being tipped for the free rum and coke she brings him as he shovels bills in a slot machine or tries to beat the house at black jack or another player of his rent money at the poker table.

This one is a sign carrier you see nearly every day on a street corner in the City of Sin holding a bright yellow sign with multicolored letters _ more like a junior high art project than request for charity. They could be a couple _ he could be giving his honey lunch money or simply giving his charitable haul of the day to her for safe keeping or he could be buying some blow for the party later on or a few black Mollies to ease the pain. You pick up a lot of buzz words hanging around the reprobates in this city.

A little further down the road you see a man all 6foor 4 inches 260 pounds of him staring out at the traffic as a small woman who probably weights 100 pounds on her best day poking the man in the chest with the vigor only small women who weigh 100 pounds on their best days can manage.

He could swat like a 100 pound fly or just walk away and ignore her ..but he doesn’t. With a long suffering smirk on his face he just stares out at the city. She get to speak my piece to someone who wont push her into traffic and he gets to not be alone I guess _ my best guess anyway. 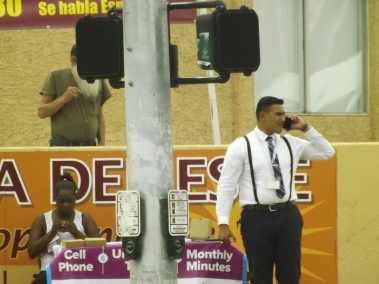 Just before you turn onto the street where your mortgage payments are located you see a man and his dog walking together down the street. He seems to be talking to the dog __ quietly so on one notices but you catch a glimpse. The dog just looks at him wags his tail and paws at the man’s leg a little and seems to smile his doggie smile.