People in this city have three basic states of being. One and two are more common _ the practiced apathy that gets you through the day in a city that lives and dies on drama, greed and hedonism ..and the practice crazy that inspires them. The third is not so pleasant.

The Paradigm of Practiced Crazy and Perfect Apathy 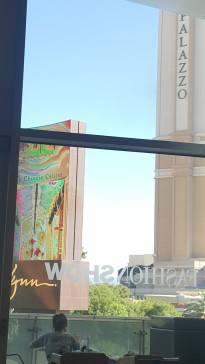 A mysterious looking man walks quietly down a Sin City sidewalk eyes fixed on the commuters passing him by on their way to work and rendezvous. As if on a sudden whim the strange little dude waves and looks directly at me and waves as if waving at an old friend he is certain is happy to see him.
Approaching in the Sin City suburbs you see a man with leather skin hauling a plastic basket full of clothes across a busy intersection. His considerable mid section bulging out from underneath a tan t-shirt that likely hasn’t fit for two or three decades _ his face covered by a shaggy Woodstock like the one his dad probably wore as he carried him on his shoulder at that infamous celebration of hedonism 46 or so years ago. There is no Laundromat in sight. Across the intersection a man wearing an ankle length black leather coat practices grimacing as the light changes and the people behind him begin pushing forward.
A woman in a brilliant blue jogging suit hauling an ancient green backpack around gestured wildly at unseen foes who are interrupting her communion with the invisible spirits of the City.
The crazies are out in force on a busy city byway. It is mid afternoon in the City of Sin and barely anybody notices. Barely anybody except un or under employed reporters ( unfortunately I now have a real job) on their way back home from a trip to the mall with their daughter who like most millennials is blissfully unaware having put aside the anger irony and angst of her father’s generation in favor of letting the world be the world. 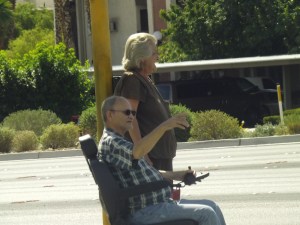 The couple that wheels together _ Photo by Royal Hopper

Practiced crazy is a skill set common to most urban environs _ almost as common as the practiced apathy of the Sinners who drive past them every day on the daily commute. Waving at random strangers and talking to street lights or imaginary friends is almost as common a skill as rhe ability to yawn and reach for the radio button as a stranger with issues moons the passersby and a sign holding panhandler actual tries to convince people ninjas kidnapped his family and he needs money for Karate lessons to win them back.

PS.
There is another less amusing Sin City paradigm to deal with.._ ie the thin skinned drama queen a paradigm that seems to defy the nature of the city and runs across income, station and culture and is becoming far more common these days.
I know the people who hand out flyers for Hoo I mean dancers are annoying but pretending to be outraged by it because you got rolled by a dancer named Snow Bunny in the desert no less is a little much. If you don’t want your kids to see people gambling and drinking why do you bring them to Vegas?

The doggy in the car window _RMH

I will say this about working in a Sin City casino. You have to have a sense of humor. You have to understand that you don’t work in a church and you cant get offended at every thing that doesn’t fit your perfect vision of the world. People come to Vegas to drink gamble and let their freak flags fly. That’s all I am going to about it
Adieu 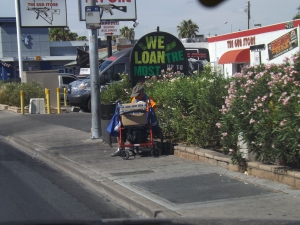 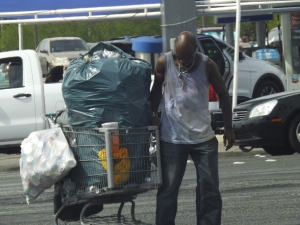 Everybody has a job to do – Photo by Royal Hopper

The guys are almost ubiquitous in Sin City now