The City Has A Way

It is early afternoon and the heat is already oppressive and the crazies and the commuter zombies are out in force. As you drive down the sun-baked half melted asphalt of the Vegas suburbs you see a man turning to vent his rage in the classic one fingered salute to anger to an empty street behind him.

As you drive further down the busy Sin City byway wrapping yourself in the suburban cocoon of rebellious music and air-conditioned comfort you see another man laying flat-out on the ground arms spread in the dirt feet away from a busy sidewalk _ maybe alive maybe not _ no one notices. 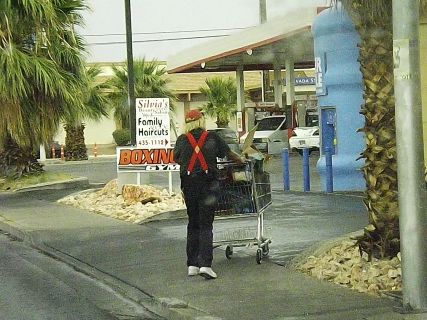 Later that night you see what looks like drug dealers either speaking some bizarre code or actually exchanging recipes. I guess even scum bags like cup cakes.
You see the whores and the tourists moving like well-tailored sheep None of this bothers you. You are a Sinner _ a resident of Sin City. You mental armor is thick and not much touches your practiced cynicism. . . . .or your long mastered routine of suburban indifference as you drive down the road.

Years ago when new to the City of Sin these things would make you stare even gape in wonder _ but you are a Sinner now and the Sins of Sin City don’t even make blink anymore.
From the relative safety of your gated community your own urbanized version of Mayberry (the suburbs you mulligan) you don’t see the wonders or the darkness of the city. You zone it out as you make the daily commute to work, jamming and singing the words to your favorite tunes or listening to your favorite news the one that puts your favorite spin on the facts of life in the City of Sin.

The city of Sin however does not like to be ignored and has a way of letting you know it is here.

This is the city damn it pay attention you suburban, dweeb. Sometimes the sight that makes you look is cityscape  that’s greets you when you drive into an open space and see the high rising icons that dot the neon jungle. Like a wall of color that suddenly pops into view. Then there are the police cars surrounded by ambulances and a body covered with a sheet. Someone didn’t make it home. 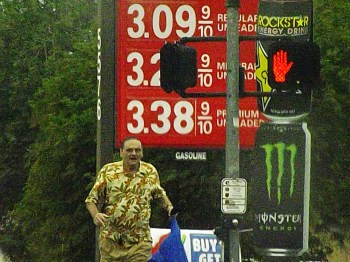 When you live at edges of a major metropolitan population center (that’s city for those of you who didn’t waste your minor on political science) you develop mental armor. You don’t notice the angry man flipping the bird at the barber pole wind sock flapping in the breeze just as your ancient trouble prone CD player suddenly stops playing and the metal that ha insulated your brain from the city’s toxic intrusions stops playing.
Suddenly you notice the fact that the man laying in the shadow hasn’t moved an inch since you pulled up to the light. You notice the man dressed like big bird counting his tips on the corner and that the young woman dressed like Bo Peep is really a man with hairy legs at least 6 foot 5 inches tall. You even notice the half-dressed B girls after that have become

But the City of Sin will not be ignored and when you drive past the third set of police cars with flashing lights and serious men in uniforms and see more in the distance and realize there are more people on the road tonight than lived in your home town and that the person laying on the roadway probably wasn’t asleep the city has gotten your attention. It stops stomping its drama queen feet and lets you return to your insulated suburban world as the ancient CD player in you antique pick up truck suddenly begins to play again. 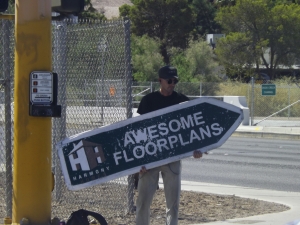 It is not mysterious. The CD player has seen better days and is prone to stoppages but something in your deep psyche says your drama queen City didn’t like being ignored and made you pay attention to it.

Such is life in the City of Sin baby

Love you guys
The city of sin 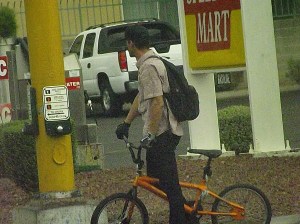