Monday Morning in the City of Sin

“Do you know where I am?” the man in the red ball cap asked the casino security guards as he stumbled through the gaining Sin City icon of unapologetic decadence. 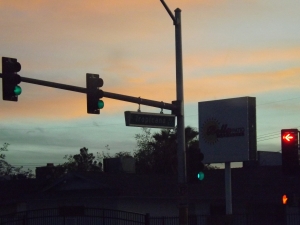 The man, who was clad in a odd assemblage of free give away shirts hats and jackets and brightly colored wear at beach Capri style pants sold in most Sin City gift shops looked confused when the casinos designated order keepers answered with a question.

“What room are you looking for sir?” the guard answered with a practiced politeness born of years of experience in the industry and an old school southern upbringing.

“What?” the man answered repeating the guards tactic of answering a question with a question. “Well, the guard answered stalling for a moment to come up with a polite answer to the question/answer. “We have several towers and you are in the middle of casino right now. If you tell me your room I can get you to the right one,” he answered smiling politely. It had been a long night, a long shift in the Sin City order keepers job full of drunken trouble makers and down home politeness was all he could manage.

“What?” was all the man could manage again looking around obviously completely unsure of where he was. After several rounds of answering questions with questions the man eventually gained enough composure to relate that the last thing he remembered was being in his car on the Interstate outside of Needles, California until he woke up half an hour ago in this strange confusing place full of slot machine black jack tables free alcohol and hookers named Dakota Skylark.

About that time the man’s friend walked up rolling his eyes at the man and reassuring the guard he would make sure his friend got back to his room got some rest and took his medicine before heading out to spend his vacation money on dollar black jack and a long held bucket list goal of buying a souvenir from every gift shop on the Las Vegas strip. It was Monday Morning.

Later as many of us Sinners (Las Vegans) were driving home we noticed police cars blocking off several lanes along the half block corridor in front of one Sin City apartment complex on Tropicana Avenue.. A car had veered off the road going fast enough to completely take out several yards of the cinder block fence blocking the complex off from the road a pieces of the cinder block barrier for many more dozens of yards.
A passing motorists unable to take his eyes off the wreck while stopped in traffic looked at the police officer writing the paperwork on scene and shrugged his shoulder in askance. The officer who looked to be a veteran of many years working a beat in the City of Sin shrugged his shoulders in return and looked at the wreck in professionally frustrated manner and then shrugged slightly again. It was late Monday morning. 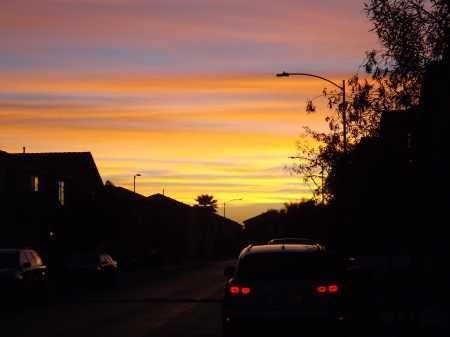 Still later in the day a man is seen dozing on a sidewalk bench his mouth open his still open eyes rolled back in his head as passersby gather around the man likely trying to decide whether they should call the police or Paramedics. The man shook his head stood up and checked his watch tossing a beer bottle and an empty paper coffee cup in the trash and took off his windbreaker. Underneath it was a uniform. He was apparently late for work.
There is something about your first day of the work week that is familiar to everyone. There are some things about Mondays in Sin City that are just like everywhere else and in some ways.
In many ways Monday mornings like most of life in the City of Sin is much different than in any other place in the country.