Improv in the City if Sin or Theater of the absurd

The man at the craps table looked intense as he adjusted the straps on his black and gold pajamas/housecoat and calculated his next bet. The more dignified gamblers at the table the ones with a beer in each hand and a blue hat the size of Montana look concerned as Pajama guy decides on a hard seven and throws his cash on the table.

the city at night _ Royal Hopper

The crowd of onlookers begins to cheer and shout and sing an English drinking song as their gambling hero lays his money on the table. Boldness it seems is appreciated in the City of Sin. The intensity of the crowd’s cheering reaches a fever pitch echoing through the dull moldy smoke filled air of the ancient Rat Pack era casino. The roar of the crowd peaks drawing the attention of the week end casino crowd as the pajama clad man perhaps urged on by the drunken cheers of the assembled crowd pulls out another bill and throws it in the table shouting hard seven again.

The roaring just as suddenly stops when Pit Boss announces there is no such thing as a hard seven bet and the man was actually standing at a black jack table.
Nearby a man wearing a dress is accosted by a drunken gambler who mistakes him for a working girl and is menaced again by the management of the working girl who is talking up a homely middle aged guy from Nebraska clothed in a made in a sweat shop in Malaysia poly cotton ensemble perhaps thinking that this he/she is competition for his stable of trick rolling beauties named April May Jones. 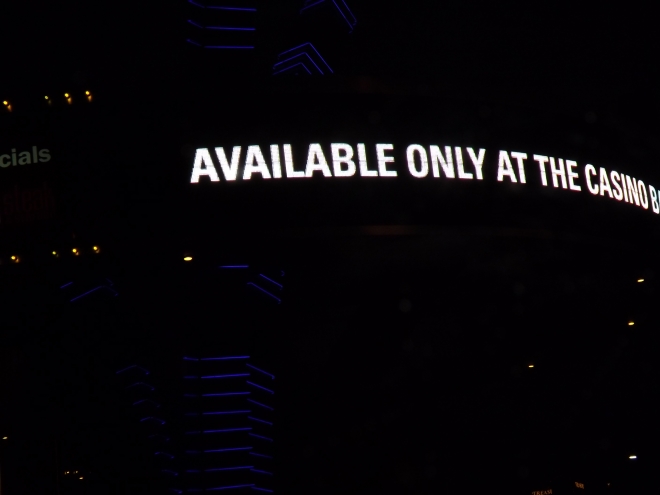 In Vegas we like to wear clothes. There are a lot of things that are done better naked sleeping, making babies, swimming in a mountain lake after an hour of hiking ( I don’t want talk about it). Dancing in a bathroom full of tourists isn’t one of them, nor is chasing door pushers (thieves who push on doors to see if one is open) down a hotel hallway and reciting free verse poetry to invisible aliens is right out.

Las Vegas is the worlds biggest free standing theater of the absurd improv. It is where the truly ordinary people of the world come to pretend they are interesting and where the freaks of the world come to let their Freak flags fly and where there is an operator around every corner waiting to steal something form you or sell you something you don’t need and that is against the law.
The better places in the City of Sin insist on a dress code and insist that their freaks take a bath and don’t panhandle from players but in the end it is just a better class of Freaks and wannabe freaks. A freak in Armani is still a freak and a wannabe . . . . Etc etc et al ad nausea

Part of the not so delicate psyche of the City of Sin is still holding on the Romantic notion of the good old days ..when underneath the violence and exploitation of innocence that occurs everyday there is somehow a nugget of nobility in this marvelously dysfunctional city .. . . No there really isn’t. The City of Sin is what it is. We want to believe there is something noble under the patina of alcohol, sex, gambling and greed. We want to believe human flaws cease to exist when they occur in a building listed on the stock exchange gut it just aint true.
It rained in the City of Sin this week. The hookers got and bums came indoors, the gamblers gambled, the drinkers drunk .._ the hustlers hustled. People lived, people died and urban myth said Elvis was spotted on Paradise betting a three team parlay with his poodle and a guy named Biafra.

That’s life in the City of Sin. 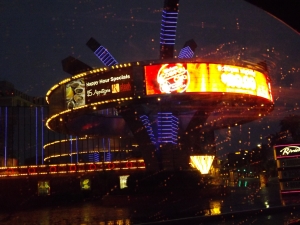 morning on the Strip – Royal Hopper

in the morning – By Royal Hopper

If you are under 21 you don’t belong in a casino or in a bar period.

NRS 463.350
http://gaming.nv.gov/modules/showdocument.aspx?documentid=6233 casino charged with allowing a minor to gamble 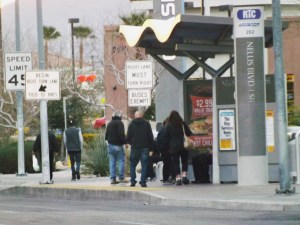