Thanksgiving is for Sinners

The pregnant woman behind the counter smiles as she looks across the counter one hand on her sizable baby carrying midsection the other on the cash register she is manning..
All around her people are dropping quarters in slot machines winking at cocktail waitresses and arguing with their spouses
It is Sin City Steakhouse the week of Thanksgiving and this is one of the most normal places in this city.

Morning at the Caesars Palace fountain

In another Sin City locale and hotel patrons heaves a bottle full of beer threw an open window across a deck where people walk into a swimming pool. He is curious as to why people are angry at him. In yet another part of Sin City a man decides walking to restroom is simply to much effort and simply pulls his manhood out of the cheap sweat suit it rests in a pees on the slot machine in front of him. Class.to be sure.
Even in the City of Sin there are Island of sanity of banal, ordinary functionality. There are few out of the way places where the normalness of the rest of the world impinges on the unique weirdness of the City of Sin. All this week while some people paraded their kids past casino bars and working girls named Brandi Snow Bunny others did find the small normal spots of real life that exist in this ever so weird city..

In a wonderfully boring little House of Gambling called the Longhorn my wife and I and our teenaged daughter sat down for a long deserved steak dinner. To people who grew up in certain cultures red meat and potatoes is an addiction like whisky or cocaine _ you never really give it up .. . . . you are always an alcoholic, a coke head _ a meat eater.. . .

“Forget the wallet buddy give me that two for one steak dinner coupon now or its curtains.” Once a casino I worked at found the wallet of a very nice Indian man who looked very puzzled when casino security returned his wallet to him..
“I had $50.00 and some English pounds and credit cards ( I don’t remember how many but there were several) and all they took were my comps for the steakhouse and my Hamburger House coupons.” 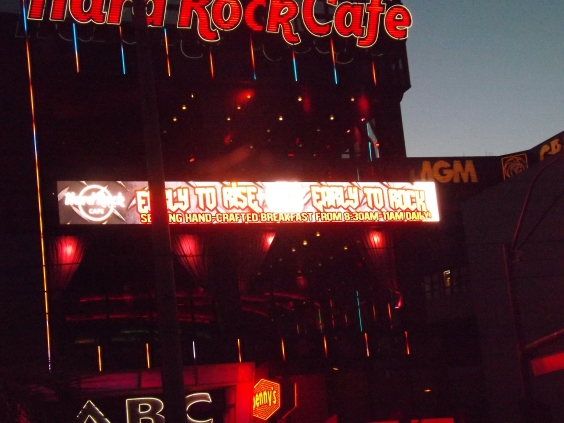 Last week at that restaurant was a wonderfully boring, banal experience. There were old people eating together and none of them wore thongs. Nobody tried to sell us anything and nobody I could see had received plastic surgery or dressed like cartoon characters or Elvis.

Thanksgiving Day I was back at work enjoying the hyperactive wierdness of the City of Sin at its best. Six foot tall transvestites strutted around a Sin City casino, cab drivers struggled with white bread simplified and unconscious from a night of drinking and likely chemical friendship. Parents park their toddlers in front slot machines and watch in amusement as their beloved rug rats attempt to shovel dollar bills into the one armed bandits. A pair of Aussie revelers were mugged on the Boulevard.

Thanksgiving tends to bring out the boring in even the most jaded of Sin City Sinners. It is a temporary escape from the City we love but sometimes don’t really understand. For a day we become like the man who sat down alone in a Sin City Steakhouse and spoke softly to himself for several minutes in a foreign language before asking if the establishment had any translators on staff.

Back at the Café a man eats alone. People say it is sad to drink alone. It means you are an alcoholic and have no one to drink with. So tell me what exactly does it mean when a gambler uses the points they earned doing it sit down to eat alone in a café and spends the entire time staring at people who are there with other people and complains when there are no translators on staff in perfect text book English. Hey _ its Vegas _ it is as normal as it gets.

That is life in the City of Sin

Take care and watch your wallets 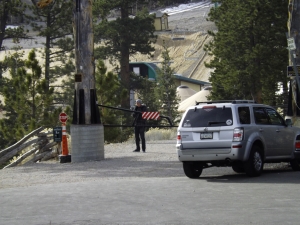 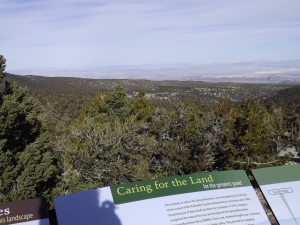