How many Sinners does it take to Change a Light Bulb ?
The Answer at the end of this blog..

“I need money for booze and prostitutes,” said the sign held by the man sitting down on the sidewalk on Las Vegas Boulevard Friday. He was ratty and dirty and his beard looked like the dirt in the bottom of a potted plant when it is full of old rotting plant parts but at least he was honest.
The man next to him was better dressed and kept trying to tell him something. It was as if he had something important to say but the effort was to much for him. After three tries his buddy gave up trying to talk and just handed him the last dregs of the beer he was holding. That is a drinking buddy brothers and sisters. Something everyone needs when they come to the City of Sin. 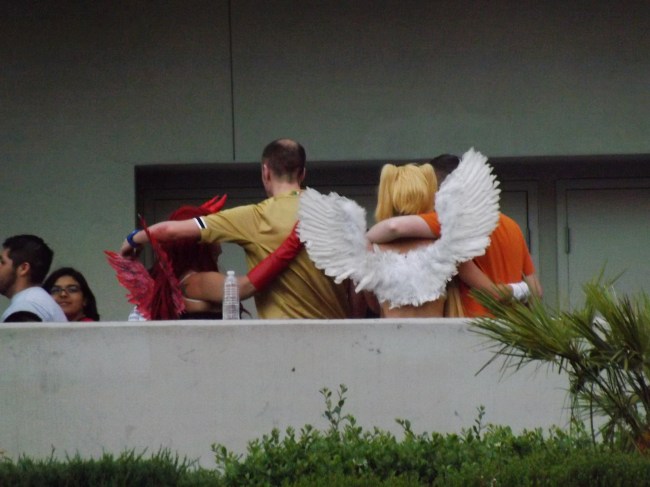 This week we explore that most Vegas of modern myths the drinking buddy.
The Drinking buddy is not necessarily your best friend. It is quite simply someone who you trust enough to be blind drunk with. Someone who even if on that particular day hates your guts ..they will crack open a cold with you when and if you ask, and because you ask.
It is someone you trust to be with you when you are so blind drunk you propose to the restroom attendant and the bouncers dog..
Someone who will drop their Sunday gold game and trek across the City of Sin to pick uo the pair of shoes you left on the floor of somebody else’s room is a drinking buddy par excellence.
That is exactly what the three suburban princesses walking side by side were. The princess in the middle swayed back and forth clearly long since totally trashed and her two drinking buddies who were not so gone swayed with her to keep her erect/ They were pretending to be drunk so their friends would not look so silly.

That is a drinking buddy.

It was a long week in the City of Sin. Dog lovers left after a week of canine misadventures and nasty surprises left for hotel porters ..There was a Latin music festival and a host usual characters..

Answer to the question .How many Sinners does it take to change a light bulb? Answer: It depends on how much the tip is ..