Heart felt condolences to the families who lost loved ones in this week’s shootout on the Las Vegas Strip. Innocents perished in the hail of bullets an explosion of twisted metal and the glow of the rage of the flame. As usual the City of Sin barely missed a beat. 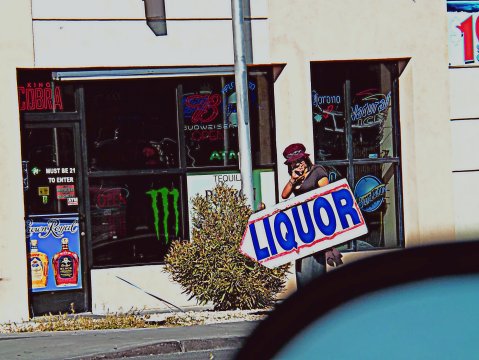 ..Is that what it is — Photo by Royal Hopper

I am going to say something at the end of this first rant and it may surprise. People can be themselves here even for brief periods of time and that’s okay sometimes even cool in a very dorky kind of way. That being said I can begin this week’s blog by say..OMFG

Picture this you at a Sin City casino and a group of people dressed like winged witches, anthropomorphic ponies and heavy metal fairies gather at one end of a large recreational area and start to dance in a huge circle.
Move further down this Las Vegas gathering and imagine a 30-year-old man in with purple bat wings and multicolored tights looking like either a very macho ballet dancer or a very lame superhero with gender identity issues and facial hair.
Imagine a 6 foot 4 inch tall 350 pound version of the Burger King logo walking around with a red spike glued onto his forehead, a guy with a tiger tail attached to his butt, groups of guys with top hats and long cartoon like long coats and OH MY FREAKING GOD a full grown person in a light orange two legged pony suit. There were groups of adult men wearing pony ears and top hats and some of them were in their 60s, a purple wizard strolling down the middle of a Sin City casino and one attractive young woman wearing a bikini covered with ??????
It takes a lot for a Sin City veteran to stop and say OMG. If you live and work in this city you see a lot in short period of time but I got to tell you all the Pony people did it for this Sin City Veteran this week.

Come on I dare ya’ – Photo by Royal

What do you say to a dude, who has the self esteem required to walk into a Sin City casino wearing horse ears and long cape and carrying a huge purse with a pastel pony nestled inside and do it without looking back to see if anybody is staring.
I must be honest fellow Sinners I muttered Oh My Freaking God a couple of times when I thought as what looked like an Queen concert stage hand ( saw them in 82 at the Summit with Billy Squire opening… awesome concert) or a character from an old Flash Gordon movie with pony ears standing guard at the entry point to one gathering.
The few little kids in the area looked on with amazement as their Saturday afternoon cartoon heroes sauntered by desperate in need of a shave, a bath and a freedom from their mother’s basement.

Maybe but you know what they looked like they were having fun and this is Las Vegas and when I had to tell a group of them they couldn’t play in costume it was only because to the best of my knowledge you cant wear masks while you are in a casino in the City of Sin.
Whether your thing is comic books, roller derby, shooting pool, collecting

stamps or dressing like a Pony you will find a place to gather and fellow travelers here in the City of Sin. Oh what the hell does it matter if you don’t hurt anybody.
In other news while some people from the real world were having un fights and pretending to be ponies several Sin City Denizens decided they would sit down on the ground. Last weeks shoeless sitter on the grass at local fast food restaurant returned and was joined by several other fast food lawn sitters several of whom curled up in a ball and went to sleep. They were soon joined by a group of people who looked like they would need convincing that Jerry Garcia had gone the way of Macedonian Dodo bird years ago. Perhaps they were prepping for a convention of their own. because here in Sin City we accept everyone.
Oh we’ll take your money. Sometimes we will laugh at you at you for your uniqueness sometimes we will enforce ancient rules about masks so you don’t get to play Lucky 7s dressed as a horse but it’s not personal.
We may give you a drink on your way to an AA meeting but we wont reject you and if you got cash and behave a little bit you can express in the city of Sin. 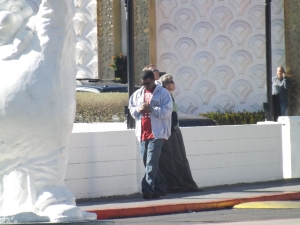 As Sin City finest were still on the boulevard scrambling to untangle the mess of twisted iron and murder people still gambled. They still clutched pictures of naked women, took pictures of fake volcanoes with expensive cameras. They still dressed like cartoon characters and held signs asking for money and wore shorts to a pricey restaurant because they could.
Such is life in the City of Sin.

Rock On Fellow Sinners
And keep on rockin’

PS. Most people come to Vegas to gamble, drink, have sex and do other things naked people do (although gambling naked is kind of looked down on) 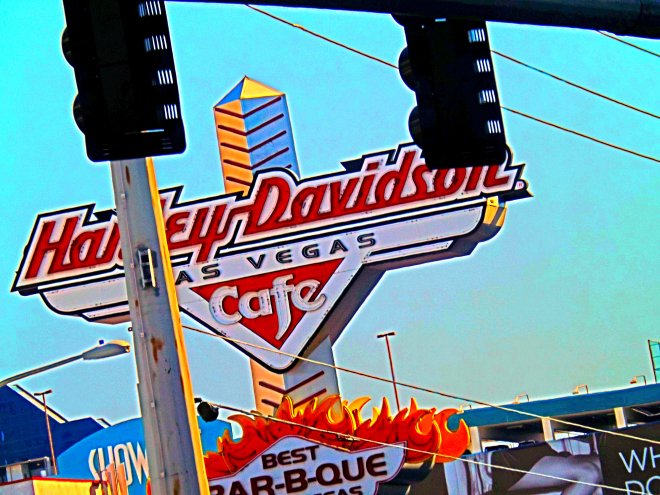 For years people from far away have come to a little town in southern Nevada to roll dice, make money, meet women and get stinking drunk often in that order a for just as long they have come here to draw blood or were simply inspired to do it.

History records that “Long Haired” Sam Brown killed 15 men in the Nevada mining camps before he himself ran into the reaper in 1861.

It wasn’t the first time outsiders have killed each other in the City of Sin and it probably wont be the last but it certainly is the most brazen in awhile and it started with a fight in an unnamed strip hotel….a fight. Seriously get a drink, get a chick, get some smoke or a massage or whatever your poison is and get the hell out of our city.

Life here is a fragile as anywhere, but the city herself is a tough biatch, a battle hardened street urchin that survived the machinations of its gangster and outlaw founders and it will survive this. The city mourns, it revenges if it can and then it moves on. Life is fragile but the City of Sin is not.