The one truly focused and self honest person I saw in the city of sin looked like warmed over death and had more dirt on his orange sweat short than orange. The thin grimy predatory look he wore spoke of survival instinct turned on to full and a total lack of pretense. Whatever demon had turned off his reason had also turned off his ability to be impressed by the worlds largest generator of phony neon feel good in the world. As he walked down Las Vegas boulevard passed a man proclaiming the end of the world or cheap vodka tonics perhaps the same thing to him he was unimpressed by the holiday bizarreness that infected the City of Sin this week.

Most people associate Las Vegas with holidays like New Years Eve but the truth is July 4, as odd as it may sound is the quintessential City of Sin holiday.

A Neon Star in the city of Sin

It involves drinking, overindulging in everything, huge displays that have nothing to do with the meaning of the holiday and offers no apologies for its nature, flaws or the Id monsters it indulges by expression of that very nature. In other words its just like any other Tuesday in the City of Sin.
People see the native peacocks strutting their Sin City stuff, hear the snippets of theme songs from long deceased TV shows mixing with a rock the 70s hits soundtrack and the Vegas ego and id monster jump out of the corners of their subconscious, screams its ugly head off and demands to be heard.
Maybe that’s what the man who stood with his girlfriend on a dark lone Sin City street corner at 5 a.m. waiting for the light to change and screamed “Oh come on,” at the top of his lungs perhaps thinking the homeless guy walking down the street three blocks away or the casino shift worker waiting to turn into the darkened back road parking lot would suddenly make the light turn colors.
“Listen if you shout loud enough the lighst will change and the world will; think your scary tough,” said the ego monsters as they roared in his head.

Even the birds seemed a little out of it this week

Like the crow I saw wrestling with what I thought was a brown beetle or piece of bread. I was curious and tried to get a closer look and the crow flew away and continued to wrestle with the brown object which turned out to be a cigarette butt. The crow had devoured the last few shreds of tobacco in the butt I guess for the nicotine and then abandoned it flying off the enjoy his nicotine buzz.
“This beetle taste like crap but it makes me really stoned and it sucks being a crow the crow must have thought. (Actually it was probably a lot

like caw caw caw but what the hell.”)
This week there were lots of crazy crows in town wrestling with imaginary beetles stuffed with cheap tobacco.
Perhaps it this kind of craziness that caused a plastic water bottle to be knocked off a window ledge out of a window. Fortunately the mischievous prankster bird didn’t figure on the fact the bottle empty and it hit harmlessly on the concrete.

One guests swears a bird swooped down and stole his silver ring from where it sat on near their spot at the pool making off with cawing like a taunting trickster as he flew just out of reach and deposited the silver ring in his rooftop hideaway. Other that insisting the bird spoke like Paul McCartney and was there for him (cymbals crashing and a deep horn sounding eerily)

You also see a lot of people and birds apparently doing things because something drives them to do it. Something as simple a conditioned response or a physical addiction or as complex as the hidden monsters of the Id we have discussed before lying dormant until the odd amalgam of Disney Land childlike wonder and hedonist indulgence, of instant concern and practiced apathy that is the City of Sin lets it out of the bag.
A story I have told before. In my second week or so at the Mirage Hotel Casino in 1989 when the shine and polish was still on the then groundbreaking new property a man won a jackpot as thousands have done in this city before and thousands since. It was $30,000 modest by modern Vegas standards but apparently it blew his mind.
This respectable guy ( I guess) left his wife in their hotel room took everything including their plane ticket and the jackpot

he had won and hitched a ride with female personage

( rumor said it was one of our cocktail waitresses but I never found out for sure) to a nearby town to blow his jackpot. We chased after this gentleman and by we I mean Mirage security which I was a part of at the time but he was already gone.

Think about it this guy probably lost far more than $30,000 when his wife or her lawyer caught up with him and while I’m sure whatever drove him had been brewing for awhile buy would it have jumped out of the shadows like that if not for this unique incredible, occasionally generous and sometimes cruel city.

The guest insisted the security guard chase the thieving crow down overcoming whatever obstacles were in the way including this case scaling a six story tower
“ Uuuuhhh No , I believe was the answer followed by an annoyed snort.
Walking down the street in the city of sin at any given time you can see people moving with purpose, going to work, trying to find a decent place to eat lunch, searching for a spot on the street with good cell reception, or getting on the bus on their way home doing all the things that people do because people do them and then there are people who do things because something drives them.
As it turned out a bout of unexpected desert rain rendered this year’s City of Sin July 4 more of a drunken growl than either whimper or bang…

It was like someone threw open the doors of the asylum and shouted free prozac for anyone who acts like a crazy asshole with no manners, intelligence or sense of reality come on down…….and they listened.
Perhaps that’s what drove the man who stood at the front desk of a local hotel screaming his head off because he wanted the standard $150 hold on his credit card removed so he could afford gas back to Los Angles ??????????????? Seriously if $150 puts you in the poor house what the split hoofed Bovine intercourse are you doing in a city that is designed from top to bottom to take it away from you. The hand shakes here can cost $50 more if you drink the fizzy grape juice spiked with unknown chemicals offered by girls named after farm animals.
The man demanded his money be refunded right away not in the 45 minutes it actually took to do it. He was “86ed” 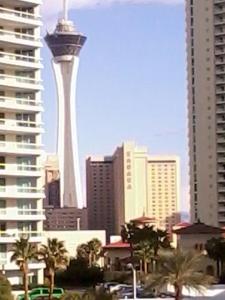 Today outside the man with the shopping cart and the huge tunic like yellow, orange and red striped shirt once more shouted the words his demons were whispering in his ear as passersby and anyone who would listen, joggers in $3,000 designer neon jogged down the boulevard past a teenager with a crown of colorful balloons on her head and confused tourist took pictures of street signs and walked across busy intersections blissfully unaware that they were taking their lives in their hands.

Jogger report:
The joggers were out in force this week and look pretty the style of the day

One thought on “Hot time summer in Sin City”